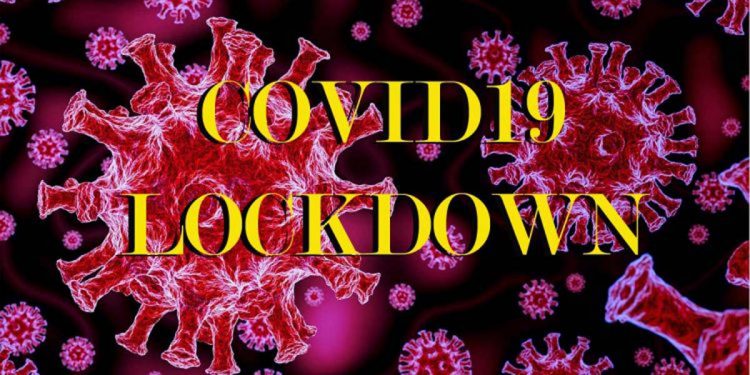 The Assam government has declared total lockdown in 7 districts across the state as the Covid19 positive cases in these districts continue to rise.

The decision to impose total lockdown in these districts was announced by Assam health minister Keshab Mahanta in a press conference on Tuesday.

The districts where the total lockdown has been announced are Goalpara, Golaghat, Jorhat, Lakhimpur, Sonitpur, Biswanath and Morigaon districts, Mahanta said.

The Assam State Disaster Management Authority (ASDMA) has issued a revised and consolidated directive on Tuesday for both rural and urban areas which will remain in force with effect from am of July 7, 2021 until further order. 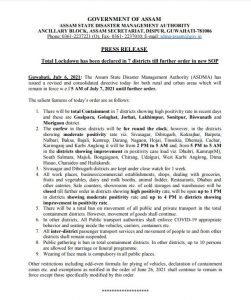 The health minister informed that the curfew in these districts will be in force round the clock.

Mahanta said in the districts, which are showing improvement in positivity caseload, the curfew will remain effective from 5 PM to 5 AM.

According to the revised standard operating procedure (SOP), there will be total containment in the 7 districts, which are showing a high positivity rate in recent days.

Sivasagar and Dibrugarh districts will be kept under close watch for one week.

As per the new SOP, all workplaces, business/commercial establishments, shops, dealing with groceries, fruits and vegetables, dairy and milk booths, animal fodder, restaurants, dhabas and other eateries, sale counters, showrooms, etc. of cold storages and warehouses will be closed till further order in districts showing high positivity rate.

“There will be a total ban on movement of all public and private transport in the total containment districts,” the SOP said.

However, the movement of goods shall continue.

In other districts, all public transport authorities shall enforce COVID19 appropriate behaviour and seating inside the vehicles, carriers, containers, etc.

All inter-district passenger transport services and movement of people to and from other districts shall remain suspended, the new SOP issued by the Assam Disaster Management Authority (ASDMA) on Tuesday.

In other districts, up to 10 persons are allowed for marriage or funeral programme.

Wearing of face mask is compulsory in all public places.

Other restrictions including odd-even formula for plying of vehicles, declaration of containment zones, etc. and exemptions as notified in the order of June 26, 2021 shall continue to remain in force except those specifically modified by this order. 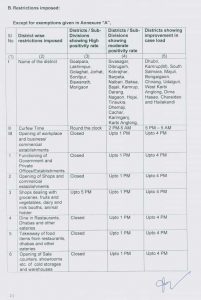 Containment Zones: In case, the positivity of COVID19 in any area reaches more than 10 cases in the last 7 days. the jurisdictional District Magistrate will notify such areas as total containment zones in consultation with MD, NHM and ensure necessary containment measures for COVID19, the ASDMA said.

“However. in such zones, emergency services will continue round the clock and essential services including shops dealing with groceries, fruits and vegetables, dairy and milk booths. animal fodder, etc., will remain open up to 5 PM,” the ASDMA said.

“Delivery of all essential goods including food. pharmaceuticals, medical equipment through e-commerce in such areas will continue round the clock,” it further said.