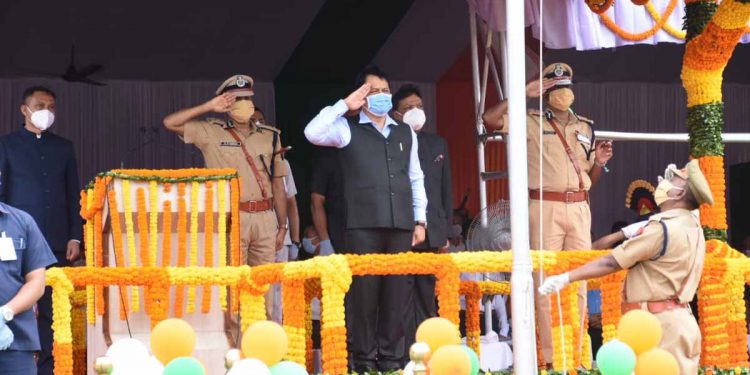 Assam Chief Minister Sarbananda Sonowal on Saturday said that the state government will not make any compromise and would implement the Assam Accord fully.

He was addressing the gathering at the Judges’ Filed in Guwahati after unfurling the national flag on the occasion of the 74th Independence Day.

“Assam government is committed to implementing the provisions of the Assam Accord and would also protect the interests of the people of Assam,” Sonowal said.

Speaking further he said, “To check infiltration from across the border, the Centre has taken various steps including composite fencing of the India-Bangladesh border along with Assam.”

“Riverine borders with Bangladesh were also sealed with the implementation of the ‘Smart Fence’ scheme by adopting modern technology,” he added.

Adding further he said, “The high-level committee on Clause 6 of the Assam Accord has submitted its report.”

“Despite problems faced due to COVID-19 and other disasters, the state government and the Centre have taken steps to make sure of its implementation,” Sonowal added.

The CM further said that his government has formulated a new land policy and taken steps to provide land deeds to nearly one lakh landless people.

He announced the setting up of rice clusters in Dhemaji and Baksa districts, opening of rice procurement centres in all districts, a centre of excellence for organic agriculture at Biswanath district and cold storage chains in all districts.

It may be mentioned here that Independence Day celebrations returned to Judge’ Filed after a gap of 12 years.