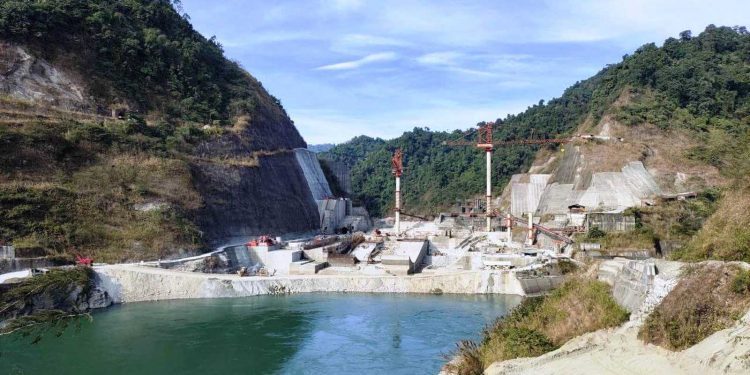 The Subansiri river on Friday breached the coffer dyke at the under-construction 2000 MW Lower Subansiri Hydro Electrical Plant at Gerukamukh.

Incessant rain in the region and in the hills of neighbouring Arunachal Pradesh has been causing regular landslides near the dam site since May 26.

When contacted an NHPC official at Gerukamukh said coffer dykes were temporary structures constructed on the Subansiri to work during the lean season.

These were made from earth fillings collected from the river bed.

“In every monsoon, these coffer dykes, which are not concrete structures are swept away by the strong currents of the river,” said an NHPC official.

“The breaching of coffer dykes are no threat for the dam or for the people in its downstream areas,” the official added.

Landslides in the area close to the LSHEP site have been damaging the cladding of the diversion tunnels of the river.

The district administration in North Lakhimpur has alerted the people living on the riverbank areas of Ranganadi following intimation by NEEPCO at Yazali.