CJI Ranjan Gogoi: The task of a judge is to “sit with the text of law in the context of life

He was speaking at the launch of the book ‘Beyond the Name, Justice Y K Sabharwal, A fulfilling Journey’ on the life and times of the late Chief Justice. 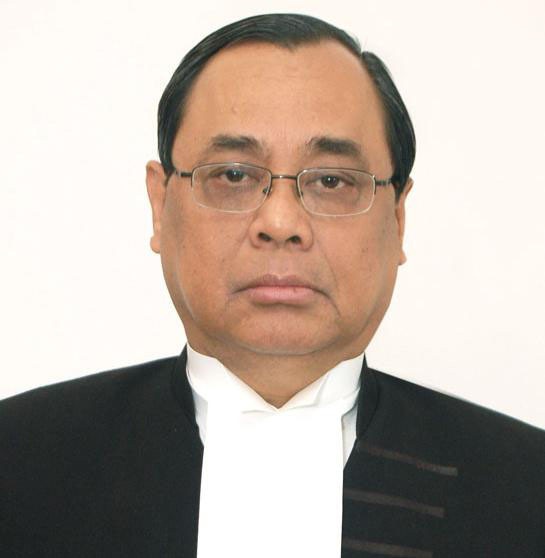 Chief Justice of India (CJI) Ranjan Gogoi said many are “oblivious of the experiences of ordinary people who undertake the journey to get an audience, with the hope to get justice from the courts. (But) judges who are called upon to decide on their fate are witnesses to their fate and grit.”

He was speaking at the launch of the book ‘Beyond the Name, Justice Y K Sabharwal, A fulfilling Journey’ on the life and times of the late Chief Justice.

The CJI said, “The task of a judge, to my mind, is, therefore, to sit with the text of law in the context of life.” This, he underlined, is what Justice Sabharwal always believed, according to a report in The Indian Express.

He said, “In Supreme Court, we remember Justice Sabharwal every day —- be it reiteration of the basic structure principle in I R Coelho’s case, the push he has given to environmental jurisprudence in T N Godavarman (case), or the height to which he had carried the power of judicial review in Raja Ram Pal’s case.”

He said, “The work of a voracious reader and prolific writer like Justice Sabharwal cannot be encompassed in a speech of a couple of minutes. His judicial decisions are an exemplar of his courageous, unbending and fearless attitude when it came to upholding the rule of law, constitutional visions, independence of the judiciary and supremacy of the Constitution.”

Justice Sabharwal, CJI Gogoi said, has “left an enduring legacy in the form of his judgments. Throughout his career as a judge, he displayed enormous power and keen intellect coupled with humane courtesy. His judicial pronouncements are replete with pervasive legal understanding and comprehensive erudition.”

On Justice Sabharwal’s foresight, the CJI said that in a petition against the decision of the Delhi High Court’s refusal to hear the Naz Foundation case on the ground that it is an academic question, “he requested the High Court to hear the case on merit by highlighting that questions of infringement of fundamental rights cannot be academic questions. This petition took a long journey, which ultimately resulted in reading down Section 377 of IPC by the Supreme Court very recently.”

He recalled Justice Sabharwal’s lecture to students of Pune Government Law College on the occasion of its 150th anniversary. Speaking on the theme ‘My dream of an ideal justice dispensation system’, Justice Sabharwal, he recalled, “stressed on the role of lawyers, and said lawyers must view themselves as public servants”.

“It’s a power that comes with a duty. The law that you invoke is not yours – it’s people’s. Part of that duty of being a lawyer is working to make sure there is justice – not just for some, but for all,” the CJI quoted Justice Sabharwal saying.