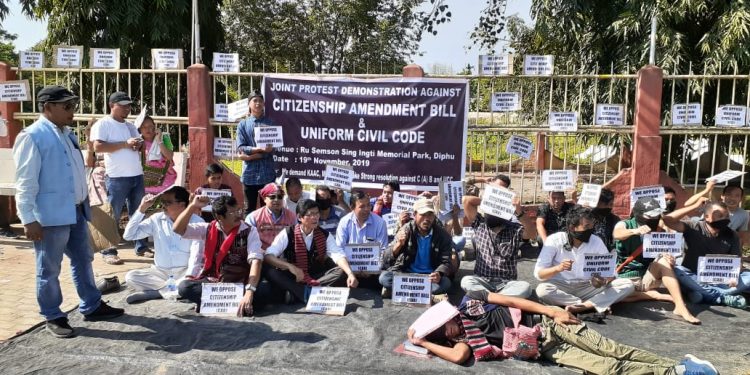 Protest against Citizenship (Amendment) Bill (CAB) and Uniform Civil Code gets louder in the hills of Assam.

All Party Hills Leaders Conference (APHLC), president, J I Kathar said, “We are poor people and we are already being marginalized.”

“We will be further marginalized and will lose all our land and economic facilities if the CAB is passed in this Winter Session of Parliament,” he added.

He further said, “Not only Karbis and Dimasas but Assamese themselves are also losing their political rights which is being taken away by Bangladeshis.”

“If the CAB is passed our existence will be in danger and for that reason we are opposing the passing of CAB as well as Uniform Civil Code,” he reiterated.

Later, a memorandum was submitted to President of India and Prime Minister Narendra Modi through the deputy commissioner Mukul Kumar Saikia, regarding CAB and UCC.