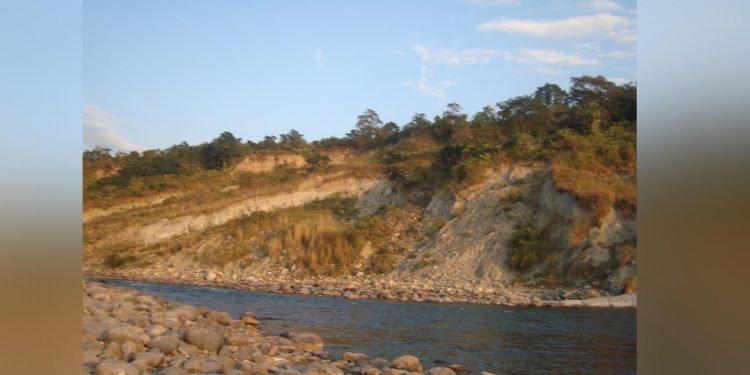 The picturesque landscape of Bogamati in Baksa district of Assam. Image: Northeast Now

The protests against the Citizenship Amendment Act (CAA) have not only hit the tourism industry but also the petty businessmen dependent on the picnic season from December- February.

Several picnic spots across the state have either witnessed zero visitors or the numbers have been extremely low.

Bogamati- one of the most sought after picnic spots in Baksa district- has also witnessed a low turn-out of picnickers this season.

“We usually have a large number of picnickers every year and the number goes up to as much as 10,000. However, this year, there has been a sharp decline in the numbers,” said Simangsa Basumatary to Northeast Now.

Basumatary, a member of the picnic management committee of Bogamati, further said, “Anti-CAA protests have led to the less number of people and till date around 4570 people have visited the place.”

“Here, we have various kinds of attraction like rafting on the Bornadi river and zip-lining for the picnickers to enjoy,” Basumatary added.

“Besides, there is also a giant statue of Lord Buddha atop the hill. A Bathou temple, funded by Rajya Sabha MP Biswajit Daimari, has also been constructed here and it is likely to be inaugurated on Sunday,” he added.

A vendor selling oranges said, “Picnickers often buy oranges in huge quantity. However, the business this season has been extremely low.”

Bogamati is located in the foothills of Indo-Bhutan hills at a distance of 30 km off Goreswar of Baksa and 93 km north of Guwahati.