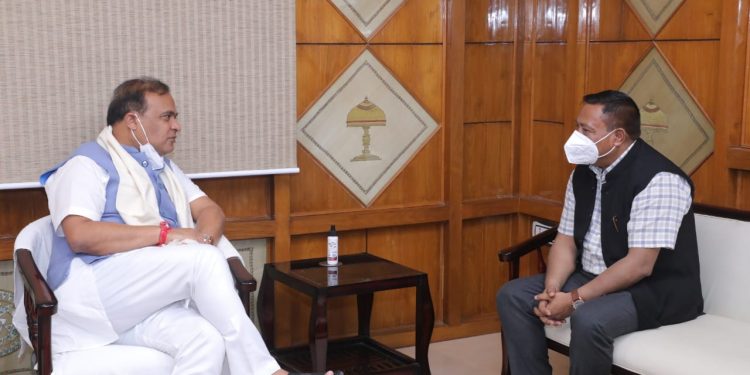 Minister Hek on Saturday met CM Sarma in Guwahati and requested him to resume the chief minister-level talks.

Minister Hek on Saturday met CM Sarma in Guwahati and requested him to resume the chief minister-level talks to resolve the long-pending interstate border row.

I called on Assam CM @himantabiswa today . I requested him to re-start CM level talk to resolve inter-state boundary dispute at the earliest. we discussed on the need to strengthen health infrastructure in NE states. @PMOIndia @AmitShah @CMO_Meghalaya pic.twitter.com/iQal7Tthkd

Assam and Meghalaya have at least 12 areas where there are boundary disputes among themselves and both states have adopted a policy in which one state cannot carry out developmental activities without informing the other.

The dispute has been there since 1972 after Meghalaya was carved out of Assam as a separate state.

Chief ministers of both Assam and Meghalaya have met in the past as also their chief secretaries and consultations were held by the district administrators concerned and the police forces of the two states to resolve the problem.

Earlier, Union home minister Amit Shah urged all the states in the Northeast to solve their boundary disputes by August 15, 2022, when the country will be celebrating 75 years of its Independence.