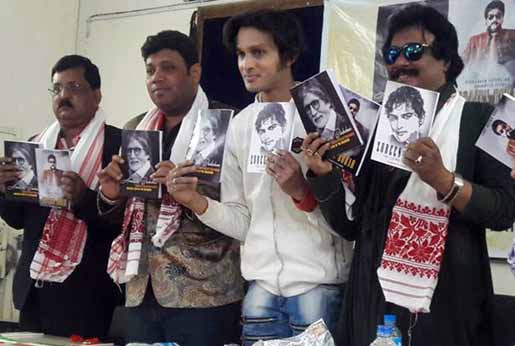 He is a big fan of Amitabh Bachchan, Brajen Borah and Zubeen Garg.

The name of the books are – Amitabh Bachchan: Biggest Star of This World and Greatest Star of The Millenium, Brajen Borah: First Action Hero and Evergreen Superstar of Assamese Films and Zubeen Garg: The Living Legend.

The book on Amitabh Bachchan chronicles the superstar’s journey in Bollywood, his early struggle, rise to superstardom post ‘Zanjeer’, his political debacle, fiasco with ABCL, and his comeback with ‘Kaun Banega Crorepati’. The book also throws light on his off-screen works, including his contribution to various charities, foundations.

His book on Brajen Borah is a narrative of courage and compassion in the face of trials and tribulations, some of the star’s unknown facts, his spiritual leanings, steadfast devotion to revered saint Sai Saba, his fame post success of ‘Sendur’ and ‘Jivan Surabhi’, and his descent into oblivion following the death of his actress wife Rimjhim Baruah.

“If you really care about your goals, you don’t have to be pushed. The vision, determination, and dedication will pull you”, said Brojen Borah, adding that there are no limits to what one can accomplish.

Chandradittya Sharma has acted in serials, short films, feature films and music videos, has acted in a play called ‘Sasur Damad’ directed by Aakash Jolly and staged by the Chitrakatha Theatre group of Mumbai, where he is presently doing a diploma course in Acting from Cadence Theatre. He was also part of a comedy web series – ‘Masti Ki Pathshala’, directed by Sudhanshu Jha. Interestingly, Chandradittya has had the rare distinction of appearing twice in ‘Kaun Banega Crorepati’. Chandradittya had also done an integrated course in acting from Brajen Borah’s Swapneel Creation.