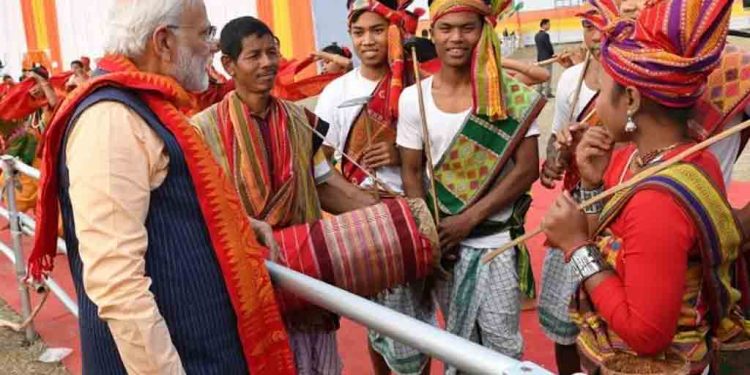 While Prime Minister Narendra Modi was in Kokrajhar on Friday to celebrate the signing of the Bodo Peace Accord, the Bodos continued to be identified as the “deadliest tribe” in Assam.

Lauding the Bodo Peace Accord as a new dawn of peaceful Assam, Modi said no civilian will now die of violence in the state.

The PM said the Bodo Peace Accord will make new ways for development of Assam and the entire northeast.

“The historic Bodo Peace Accord was signed when the whole country is celebrating the 150th birth anniversary of Mahatma Gandhi,” Modi said.

But, on Friday, when people in Assam tried to Google search the keyword “dangerous tribe in Assam”, surprisingly, the search result was “Bodo”. 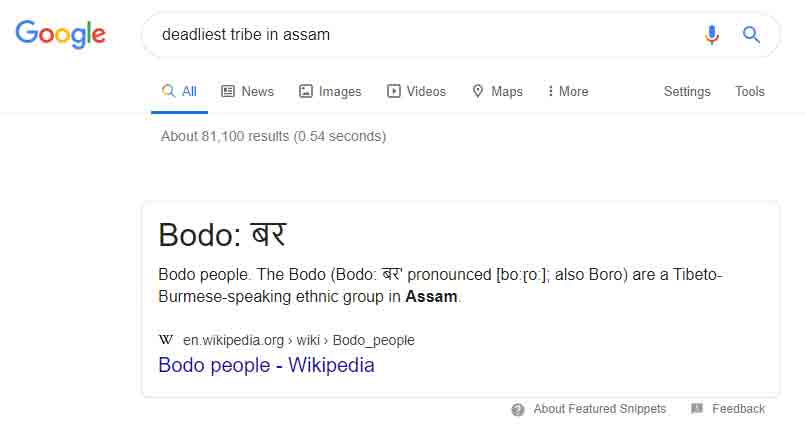 It is still not known or understood as to why Google’s search algorithm on Friday identified “Bodo” as the “deadliest tribe in Assam” even after the insurgents signed the Bodo Peace Accord.

The Bodo Peace Accord was signed on January 27 in New Delhi by four factions of NDFB, and the insurgents gave up their demand for a sovereign Bodo homeland.

Surprisingly, the Google search engine probably did not take cognizance of the Bodo Peace Accord, and continued to identify “Bodo” as the dangerous tribe in Assam.

Interestingly, Google is also celebrating its 15th birthday on Friday, and has refreshed the Google Maps app on Android with a new design, a new icon, and new features.

The tribal Bodo leadership is definitely going to take up the issue with the Google India honchos, and reap benefits of the signing of the Bodo Peace Accord.

The Bodo is a Tibeto-Burmese-speaking ethnic group in Assam. They are a part of the greater Bodo-Kachari family of ethnolinguistic groups and are spread across Kokrajhar, Baksa, Udalguri, Bajali, Sonitpur, Goalpara, Dhemaji, Lakhimpur and Chirang districts in Assam.

The Bodo language is also recognized as one of the 22 scheduled languages in the Indian Constitution.