BJP to stake claim today to form next govt in Assam 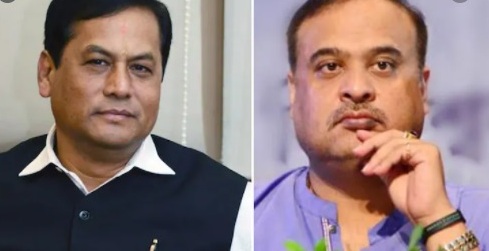 The BJP is likely to stake a claim before the governor on Sunday afternoon to form the next government in Assam.

Before that, a legislative party leader–either incumbent chief minister Sarbananda Sonowal or influential minister Himanta Biswa Sarma—will be elected at a meeting in Guwahati.

All the Assam BJP MLAs will meet at Assam Assembly Secretariat in Dispur on Sunday morning to choose the legislative party leader, who would be new Chief Minister of the state.

Reports say the BJP legislature party is likely to elect  Sarma as its leader, paving the way for him to become the next chief minister.

The BJP central leadership has appointed central observers to conduct the exercise.

Both Tomor and Singh along with Sonowal and Sarma have arrived at Guwhati late at night on Saturday from New Delhi.

BJP chief J P Nadda on Saturday discussed the formation of the new BJP government in Assam with incumbent CM Sonowal and senior minister Sarma in the presence of Union Home Minister Amit Shah at his residence in Delhi.

The BJP won 60 seats while its alliance partners AGP and UPPL managed nine and six seats, respectively, in the 126-member state Assembly.

Party sources said the swearing-in ceremony of the BJP-led new government will take place at Srimanta Sankardeva Kalakshetra in Guwahati.