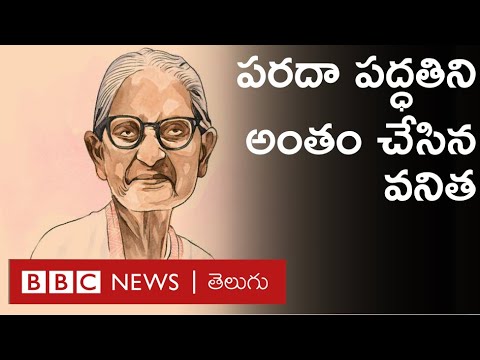 The BBC Hindi has featured the story of Chandraprabha Saikiani, pioneer of the feminist movement in Assam in its short documentary series.

The series will feature ten women who have contributed to strengthen the democratic system, raised their voice on women’s rights and worked as social reformers.

The two-minute-22-second documentary on Saikiani was uploaded by BBC-Hindi on YouTube on August 22 and it has so far garnered 10,000 view counts.

BBC-Hindi said Sakiani fought against patriarchal structures that prevailed in society during her days and opened a primary school at the age of 13.

The documentary also mentions her role in the freedom movement and in the Congress.

The documentary relates the incident when Saikiani raised her voice against stigmatisation of women at the Nagaon session of the Asam Sahitya Sabha.

On her personal life, the documentary cites how she refused to get married at a very early age. She was a single-mother at a time when it was something unbelievable in Assamese society.

But she single-handedly and successfully brought up her child by overcoming all social challenges.

The documentary also speaks about the journey Saikiani undertook throughout the State on a bicycle to create awareness among the womenfolk about their rights in society.

The documentary also speaks about her fight to give justice to people from lower castes.

Nilima Kakati, president of Assam Pradeshik Mahila Samity, said that such documentation on the life and works of Chandraprabha Saikiani will help our new generation know about her.

“Due to her untiring efforts, Assamese women are today living a life of dignity. The documentary will carry the story of a revolutionary woman to the national and international platforms,” Kakati said.