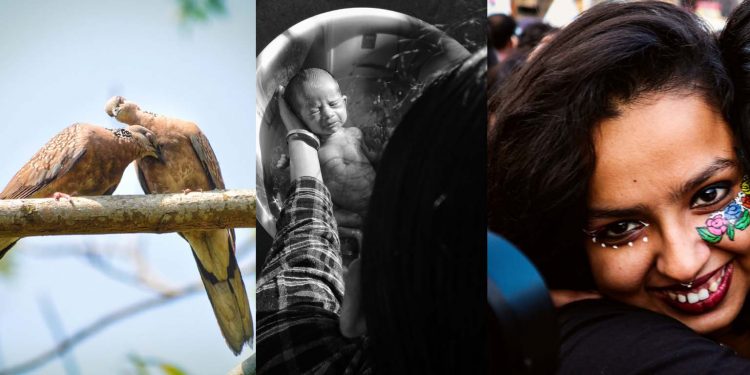 The award ceremony of Northeast Now’s Valentine’s Day Photo Contest will be held on March 2 in Guwahati.

Pallab Phukan, a Zoology student from Kaliabor College in Nagaon district, won the first prize in the contest.

While ‘Love’ was the theme of the contest, Pallab’s photograph portrayed two doves on a branch, and one resting its head on its partner’s chest, feeling the melodic beat of love.

Sagarika Baishya, a graphics designer from Guwahati won the second prize. Her photograph showed a mother bathing her baby in a tub, and one of her hands gently supporting the baby’s head.

Amay De, an English Honours student from Jadavpur University in West Bengal won the third prize of the contest.

His photograph showed that love knows no boundaries, where two girls had joined an LGBT parade, and they looked happy, and in love with each other.

The photograph depicts that homosexuality should be respected and that society ought to accept it wholeheartedly.

Two acclaimed photographers of the northeast – Anupam Nath and Ritu Raj Konwar were the judges of the competition.

The three sponsors of the Valentine’s Day Photo Contest were Nikon, Photo Musing and Dora Solutions.

The entire team of Northeast Now congratulated the winners and all the participants of the photo contest.

“This is for the first time that we organized the Valentine’s Day Photo Contest, and we are really happy with the response of the people,” Titikshya Das, coordinator of the contest, said.