The Mushroom Development Foundation, has prepared an entire range of mushroom-based savouries. 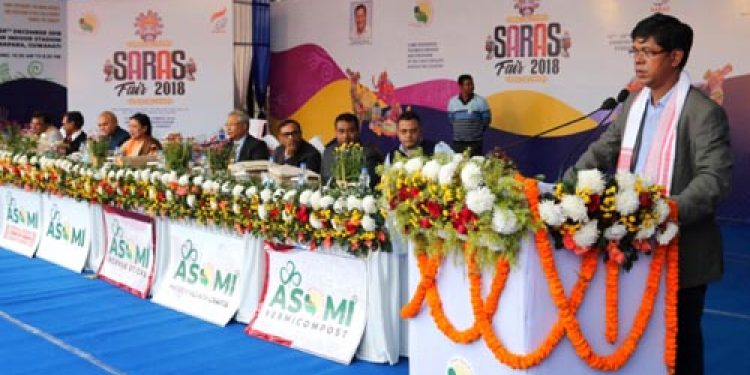 Ahead of the coming year’s Bhogali Bihu, traditional delicacies like pitha (rice cake), laru (sweet coconut ball), tupula bhaat (sticky rice in banana leaves) are being given a mushroom twist at the Saras fair underway in Guwahati.

Around 200 mushroom farmers from Dimoria, Sonapur and Chandrapur near Guwahati, under the Mushroom Development Foundation, has prepared an entire range of mushroom-based savouries.

The mushroom promotion stalls are a part of the foundation’s efforts to give a sustainable market to the clusters of farmers producing mushrooms in the region.

Currently, the foundation is selling raw mushroom, both fresh and dry varieties, through 30 retail outlets in the city and are also setting up a processing unit here.

As part of its Pusti Avijan, the Foundation has planned to reach the maximum number of people to promote the locally produced, high-quality, nutritious mushrooms.

Pranjal Baruah of the Mushroom Development Foundation (MDF) said, they have joined hands with the Indian Institute of Food Processing Technology to train farmers. They were now producing more than 200kg raw mushrooms per day, which they aim to increase to 700kg per day next year, reports The Assam Tribune.

As part of its research and development initiative, the Foundation has created infrastructure for 200 mushroom growing houses, generating an income of around Rs 3.5 lakh for the self-help group.

People can check out the foundations’s page here.