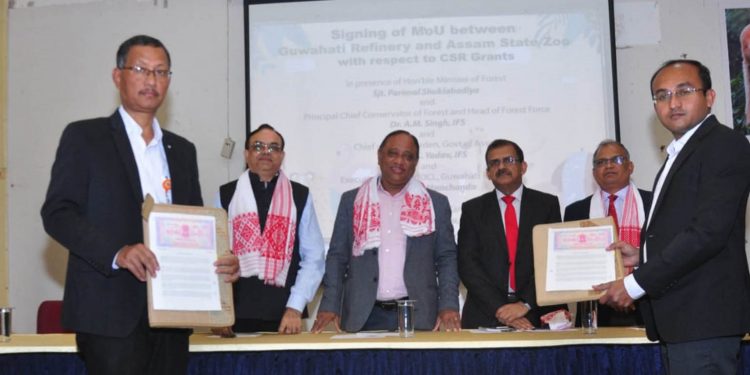 The Assam state zoo authority has signed an MoU with the Guwahati Refinery under which the Refinery will grant Rs 31 lakh to the zoo for procurement of the Hydroponics system and other infrastructure development materials.

The hydroponic system is a modern system of cultivation where plants are grown in the water medium.

“The zoo is expected to produce fodder grass from the hydroponic system up to 1200kgs of grass every day. This will be used for feeding of the herbivores, ” said an official.

The MoU was signed in respect to the CSR Grants.

Assam Minister of Forest, Parimal Shuklabaidya expressed his happiness over the project