Assam: Wild jumbo kills two in one week in Udalguri

In a latest incident, a herd of wild jumbos trampled one Uttam Rabha to death at No 2 Saglijhar area 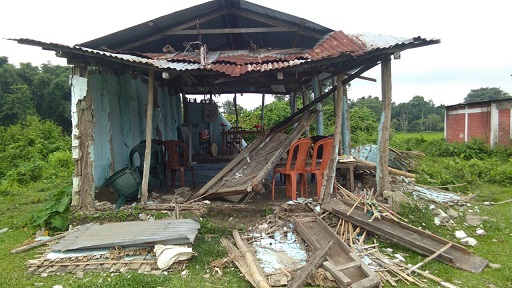 The Indo-Bhutan border villages in Udalguri district fraught with human-animal conflict and bloodshed, continues to witness brutality of wild jumbos.

The wild elephants continue to create terror and trample humans creating fear and panic among the border populace.

In a latest incident, a herd of wild jumbos trampled one Uttam Rabha to death at No. 2 Saglijhar(Notunbasti) area under Panery PS in Udalguri on Thursday night.

The unruly herd comprising 3-4 Jumbos was creating terror in the neighbouring village following which the victim along with his friends went to chase back the herd but he fell victim in the hands of the jumbo while his friends managed to save their lives.

A herd of wild elephants had earlier trampled one 16-year-old Rupali Toppo, daughter of Baranbas Toppo and Jasinta Toppo at Badlapara TE under Dimakuchi PS in Udalguri district on October 7 night.

“It is high time that the State Government should wake up from its deep slumber and does not only deliver lip-service in the name of mitigating the man-elephant conflict but it should adopt strategies,” says a well-known wildlife activist of Udalguri, Nabajyoti Baruah.

He further advocated that the Forest Department should set up control rooms at its divisional offices to monitor the situation and anti-depredation squads should be set up in each division involving local youths as volunteers to deal with the problem.

“MD Madhusudhan of the Nature Conservation Foundation, Mysore, has tried out mitigation measures on agricultural lands by installation of co-operative electric fences. Such experiment has been very successful in Karnataka. If this model can be replicated in Assam and scaled up it can help reduce the conflict to a great extent,” he added.