The blood separation unit, inaugurated at the Lions Club house located in Sonali Jayanti Nagar here, is stated to be the first of its kind by a non-government organization in Upper Assam.

The Greater Lions Blood Bank is a project of the Lions Club of Jorhat Greater operating on a no-profit no-loss basis since September 2012.

A member of the Club said the separation unit will separate the blood into two components — fluid and ingredients including plasma and platelets and would be provided to people as per requirement.

The member said the separation unit had been set up at a cost of Rs 80 lakh that was arranged by contributions by the club, donations by generous people and by way of fund-raising events.

The function was presided over by the president of Lions Club of Jorhat Greater, Ashok Gattani. 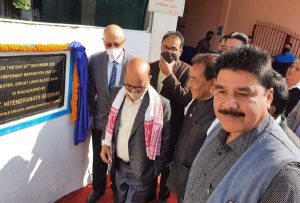 During the unction, the State Assembly Speaker announced an allotment of Rs 15 lakh from government sources (funds) for procuring a blood collection van by the club.

The van, estimated to cost over Rs 25 lakh, will enable the blood bank to organise blood donation camps across or outside the district.

Goswami praised the voluntary organizations like Lions Club for serving the needy by undertaking projects in health and social sectors.