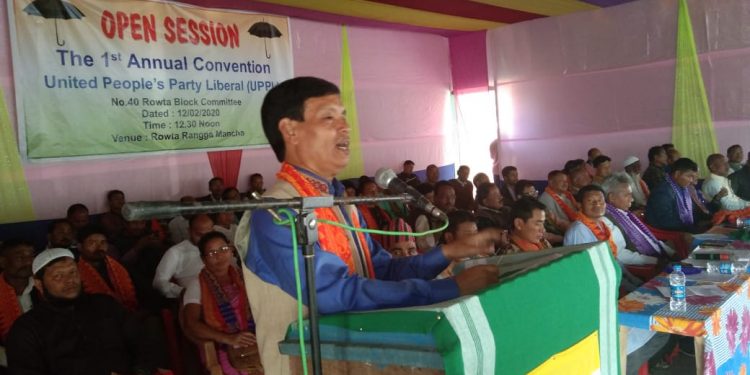 The United People’s Party Liberal (UPPL) led by former Rajya Sabha MP Urkhao Gwra Brahma has geared up to make its inroads in the Bodo heartland in the ensuing council elections.

The party’s annual convention was held at Rowta in Udalguri district on Wednesday.

The president of the party, Urkhao Gwra Brahma made fervent appeal to BTC supremo Hagrama Mohillary to be generous and lend opportunity to the signatories of the Bodo pact in the forthcoming council polls.

The meet was also addressed by National Democratic Front of Boroland Progressive (NDFB-P) chairman, Gobindo Basumatary, one of the signatories of the Bodo pact.

He claimed that if the clauses of the pact are implemented in letter and spirit and in a time bound manner the region will witness radical growth and development.

Currently, BPF has 27 members, UPPL has seven, BJP has one and independent candidates have five seats in the 40 member council.

The council polls are scheduled to be held in the first week of April in the four districts of Bodoland Territorial Region (BTR)  namely Kokrajhar, Chirang, Baksa and Udalguri.