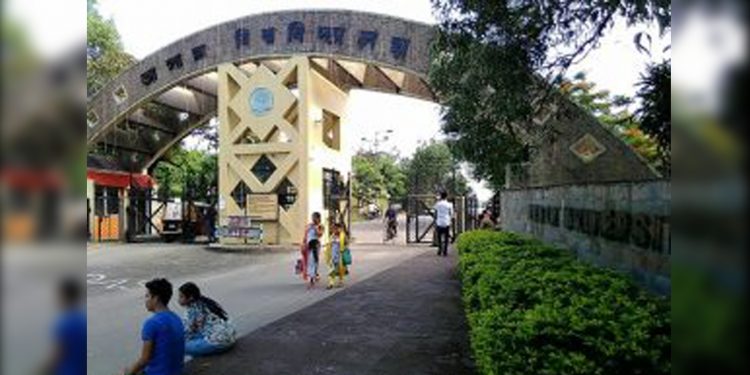 The suspension order has sent shock waves among the student and teacher fraternity and they smell a rat here.

In absence of the registrar, the joint registrar (administration) Dr Prodoshkiran is the registrar in-charge and Dr Sumanosh Dutta took charge as the VC during Nath’s absence.

Interacting with Northeast Now Dr Sumanosh Dutta informed that he received the suspension order of the registrar via email on Friday evening.

In the email, it was clearly mentioned that the registrar was suspended under Central Civil Services (CCS) rules 10 (1).

University sources further informed that that Dr Sanjib Bhattacharjee had issued advertisement converting Scheduled Caste (SC) posts into ‘general’ and this may have resulted in his suspension.

The VC in-charge Dr Sumanosh Dutta further informed that once the charge-sheet is filed, the reason behind Dr Sanjib Bhattacharjee’s suspension will become clear.