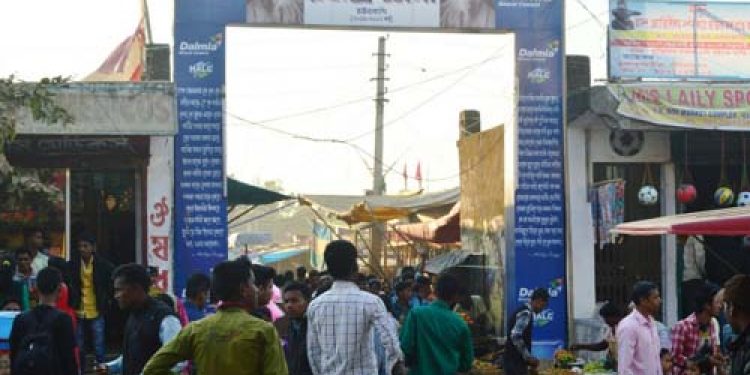 A meeting was convened by Deputy Commissioner Adil Khan with the Rabindra Mela Organizing Committee, principals, head teachers and other prominent citizens on Tuesday to sort out pertinent issues that have acted as stumbling blocs to holding the fair in Hailakandi, as in the previous years from January 1 next.

The meeting discussed threadbare the Gauhati High Court order asking for holding of the fair after board, HS and other exams get over by mid March next.

On a case filed by a local resident, the high court passed the order.

The principals and head teachers of different government and provincialized educational institutions opined that holding of the month-long fair would cause disturbance to the students preparing for matric, higher secondary and other examinations.

The meeting also discussed the constitution of a new organising committee, as the term of the present committee headed by former MLA Rahul Roy has expired. DC Khan made it categorically clear that election be held to constitute a new committee before the fair, as it would otherwise lead to controversies. He said the administration will extend all possible support and cooperation for conducting the fair if a new committee is elected by then.

Conceptualized by former MLA of Katlicherra, late Santosh Kumar Roy more than three decades ago, the mela is organized annually to perpetuate the ideals of literary icon Rabindranath Tagore. The fair has turned out to be a symbol of integration as it cuts across the barriers of caste, creed or religion.