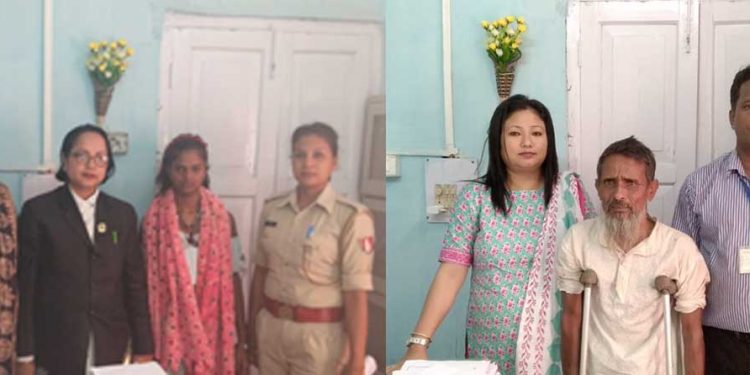 Two persons were rescued at the initiative of the District Legal Service Authority and Hojai Police on Thursday.

A septuagenarian, namely Giasuddin, 70, was rescued from Daboka by DLSA, Hojai and after medical check-up, he was handed over to Al Ameen Foundation, an old age home.

Giasuddin, a resident of Daboka, was abandoned by his family.

For survival, he used to pull a rickshaw. For a few days, he remained ill and no one was there to see him.

On the other hand, a 20-year-old girl in need of mental health care, was rescued by Hojai Police with the help of DLSA from Jugijaan Railway Station in Hojai.

The girl was seen roaming all around and on suspicion over her activities, the locals informed the police.

After investigation, the police came to know that the girl escaped from an orphanage at Kathihar in Bihar.

She has been kept at the district Nari-Girha.

She added that DLSA Hojai always stands for the rights of the poor, needy and the deprived ones.

“DLSA, after its formation this year, is continuously campaigning in the district on a regular basis to apprise the people about child marriage, domestic violence, child labour protection Act, Childline and so on,” she added.