Assam: Two members of a family, driver feared dead after vehicle falls into river in Dhemaji 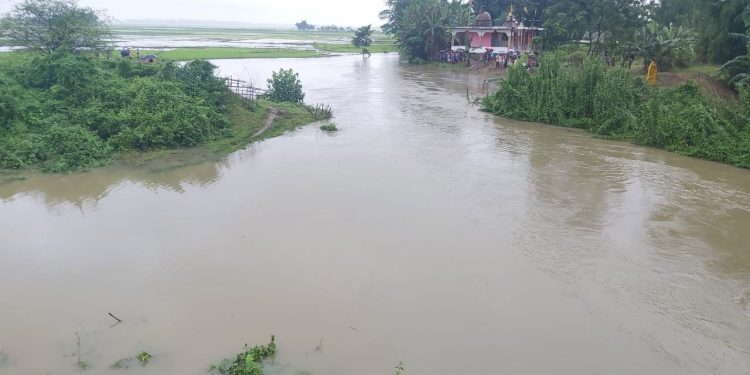 At least three persons, including a woman and the driver, were feared dead when their vehicle plunged into the swollen Gelua river in North Assam’s Dhemaji district on Thursday.

The accident took place when a Maruti car carrying four passengers went off the road and fell into the river.

According to reports, Tankeswar Kalita, a resident of Leelabari in Lakhimpur district, was travelling in the vehicle along with his wife and two daughters when the accident took place.

They were on the way to attend a wedding party at Silapathar.

Police said the over speeding car fell into river near Geluwa bridge point after losing its control.

The local villagers, who noticed the accident, managed to rescue Kalita’s wife along with a 16-year old daughter from drowning into river water.

But, they could not save Kalita and his another daughter.

Locals said Kalita and one of his daughter with the car driver have drowned into deep water of the river.

Kalita was posted as Assam Police constable in Lakhimpur district.

SDRF and NDRF jawans stationed at Dhemaji are deployed in rescue operations, who are constantly searching to trace the drowned car with the three bodies but not yet traced.

“The NDRF, SDRF and policemen are swung into action to trace the drowned car. They will continue overnight search until the car and three bodies have been recovered,” said Dhemaji SP D Ghanawat.

“We also introduced drone surveillance for mapping water bodies of the area. We are taking steps to dip a net across the river at 2-km downstream,” he said.