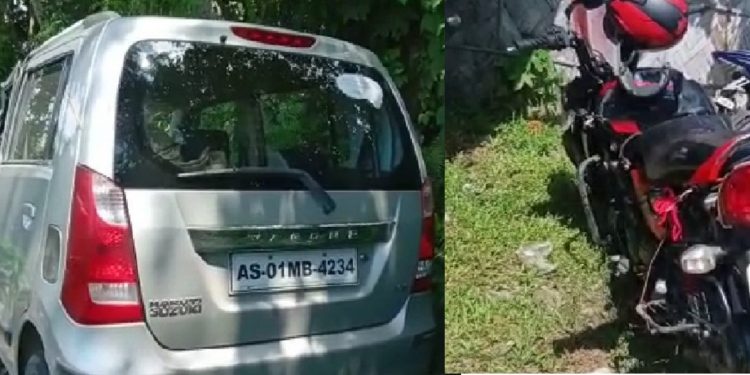 Two persons were killed in Assam’s Udalguri in a road accident on Wednesday.

The deceased were travelling on their Hero Glamour bike (AS13B -4854) when they collided head-on with a Maruti Wagon-R (AS01MB 4234) car in Orang near Bogribari along National Highway-15 in Udalguri district on Wednesday.

According to reports, the deceased uncle-nephew duo identified as Narbahadur Pradhan (52) and Akash Pradhan (23) were coming towards Mangaldai while the Wagon-R car was moving from the opposite side towards Tezpur.

Later police with the help of locals retrieved the bodies.

The victims hailed from Medhipara village of Darrang district.

“The driver of the Wagon-R sustained injuries and is stated to be out of danger,” said a police officer.