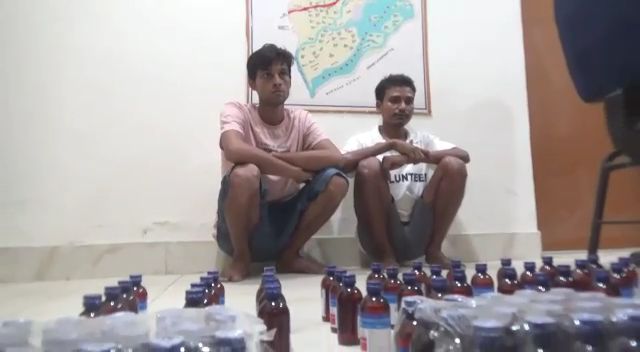 Police on Thursday night nabbed two drug peddlers along with a huge cache of drugs at Mangaldai in Assam’s Darrang district.

Acting on specific input that two youths along with drugs are on the way on a bike to Mangldai from Sipajhar side, a police team conducted a naka checking near Mangaldai town.

“During the checking, the police recovered a large number of banned cough syrup bottles from the two youths. Police have arrested the suspected drug smugglers and seized their bike bearing registration number AS 25 K 379,” said a police official.

The accused has been identified as Nekibuddin Ahmed, a resident of Baihata Chariali and Rafique Ali of Mandakata in Kamrup district, he said.