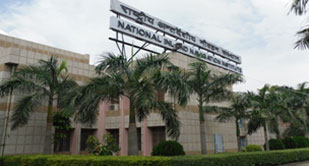 Assam will soon get a regional inland navigation institute which will impart training in various subjects related to inland water transport.

This will be the second such institute in the country.

Considering that there are two national waterways in the State and another sixteen are being proposed, the institute, officials say, would turn out to be an international standard one.

The residential institute would come up in around 20 acres of land. It will have an annual intake capacity of around 2,000 students.

Meanwhile, the IWT will launch four new modern vessels in Majuli by this month-end. Two of them will be 28-metre-long catamaran vessels, having a capacity to carry six vehicles and over 100 passengers. The vessels are being built at a cost of Rs 1.9 crore each – all funded by the State government, reports The Assam Tribune.

A ro-ro service is also likely to be launched in the river island by next month, officials said.

Around 5,000 islanders cross the Brahmaputra daily from three ghats. Presently, the IWT operates two vessels while there are also eight ferry services operated by private parties.