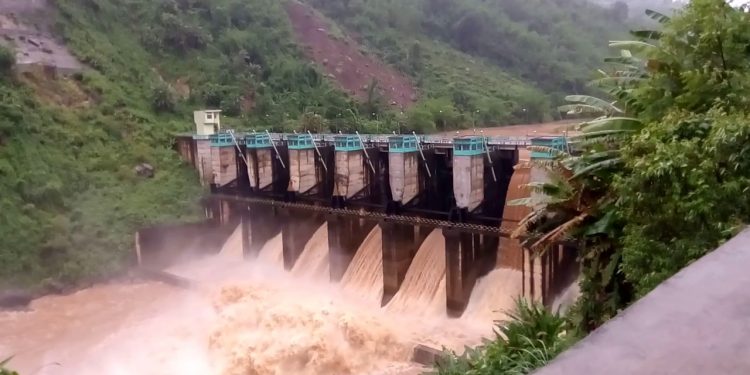 The increasing water level of the Karbi Langpi river in Assam may cause flooding of the nearby villages.

The authorities have asked the villagers to be vigilant about the flood-like situation.

Five sluice gates of Karbi Langpi Hydro Electric Project have been opened and in particular, gate numbers 3, 4, 5, 6, and 7 have been releasing water.

The 100 MW Karbi Langpi Hydro Electric Project was formally inaugurated by former state chief minister Tarun Gogoi at Longrey in Karbi Anglong district in 2007, 28 years after it was sanctioned.