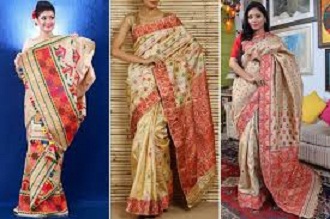 A Muga Mission has been launched by Assam government worth Rs 460-crore to raise the muga production.

The mission will be operative for a period of ten years from 2017-18. The preliminary work under the mission has already started with the State government releasing around Rs 100 crore.

Meanwhile, the World Bank-sponsored APART (Assam’s Agri-business and Rural Transformation Project) has taken up the districts of undivided Kamrup, Lakhimpur, Biswanath, Jorhat and Sivasagar for plantation of muga and eri host plants, setting up rearing houses and providing equipment support to sericulture farmers.

In Darrang district, ventures for development and expansion of mulberry silk sector are undertaken under the Rs 29.54-crore Northeastern Regional Textile Policy Development Scheme (NERTPS) of the Union Ministry of Textiles.