Assam: State govt has made 454 services of 34 depts online till date 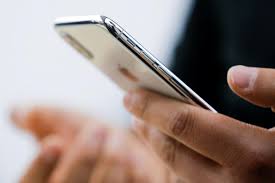 Around 454 services across 34 departments of Assam government has been made online through the Single Window Clearance System till date, said Assam’s Additional Chief Secretary, Industries and Commerce Department, Ravi Capoor on Tuesday.

He informed about this while speaking at the regional workshop on Business Reforms Action Plan (BRAP) – 2019 at Assam Administrative Staff College here recently. Capoor said that Assam Ease of Doing Business Act was enacted in the year 2016 and added that he had seen a big radical change in the industrial scenario.

“Till date, 454 services have been made online across 34 departments through the Single Window Clearance System,” he said adding that Assam will render hand-holding support to other NE states for fulfilling the EODB guidelines.

It may be mentioned here that the State Industries and Commerce Department in collaboration with Department of Industrial Policy and Promotion (DIPP), Ministry of Commerce and Industry, Government of India organized the regional workshop on Business Reforms Action Plan (BRAP) – 2019.

In order to improve ease of doing business rankings of the country and make it an attractive destination, DIPP has taken up Business Reform Action Plans during the last couple of years. As a result of this initiative, this year India has jumped 23 places to be at the 77 th position in the World Bank’s EODB ranking released on October 31, 2018.

To further improve EODB, DIPP has circulated the state-level Business Reform Action Plan, 2019 and organized the regional workshop for the North Eastern States. The workshop was attended by representatives of Industries and Commerce departments from states like Assam, Meghalaya, Tripura, Nagaland, Manipur, Arunachal Pradesh and Mizoram.

Sampa Saha, Director, DIPP, called upon the other NE states to expedite the EODB processes in their respective states and assured all support from the DIPP to fulfill their objectives.