Assam: Sprinter Hima’s statue to be erected in Dhing 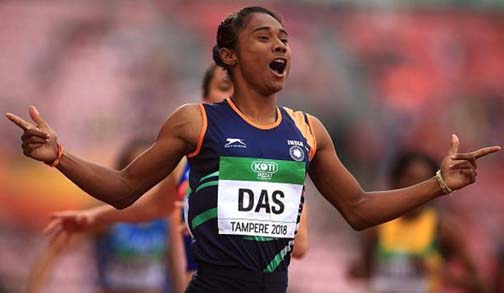 A statue of Assam’s sprint queen Hima Das would be erected at her native village, Kandhulimari near Dhing in Assam’s Nagaon district.

This was announced by Assam Water Resources and Science and Technology and IT, Minister Keshab Mahanta on August 28.

The announcement came during his visit to the sprinter’s home.

Mahanta said the statue will be inaugurated by the athlete herself when she returns home. “This will encourage her as well as other budding sportspersons of the State,” he added.

Although she was disqualified for 200 m womens semifinal the Indian team of Hima Das and Co won the silver in the mixed 4×100 m relay final on Tuesday evening at the ongoing Asian Games 2018.

The gold in the event was won by the Bahrain team while the Kazakhstan team won the bronze medal.