The project is targeted to be completed within March-April next year. 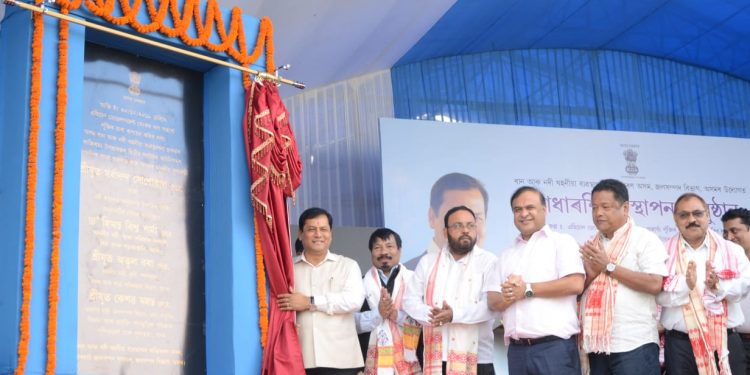 The project to be implemented with financial outlay of Rs. 62 crore is a major intervention in protecting the local community and huge areas of agricultural land in Kaziranga and Bokakhat as well as protection of wildlife in the Kaziranga National Park.

Speaking on the occasion in a programme organized by the Flood and River Erosion Management Agency of Assam (FREMAA) under Water Rescores Department, the Chief Minister said that the State Government gives special focus on flood management initiatives and has adopted several measures to mitigate the scourge of flood and erosion in the state. He said that implementing the ADB funded project in Assam in three sub projects would significantly help in tackling flood and erosion problem in Assam.

He also appreciated the functioning of the Water resources department and said that the schemes which have been taken up presently would be helpful in providing much needed succor to the people from recurrent flood and erosion.

Water Resources Minister Keshav Mahanta while delivering speech on the occasion said that the department has taken up implementation of three sub-projects under Flood and River Erosion Management Agency of Assam through Dibrugarh sub project, Palasbari gumi sub project and Kaziranga sub project with financial assistance from Asian Development Bank to the tune of 150 million USD.

He also informed that the project is targeted to be completed within March-April next year.