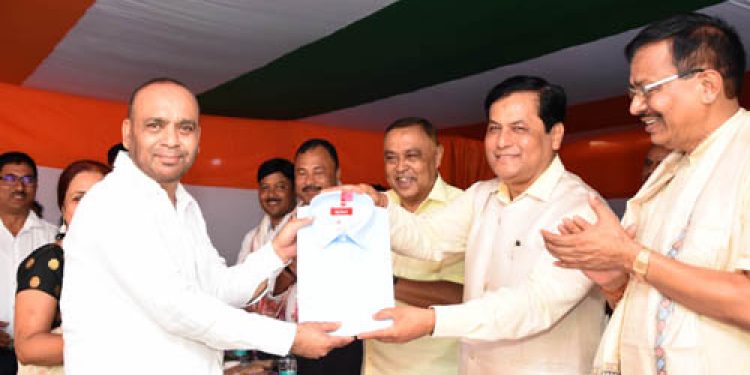 Earlier Assam government had decided to gift khadi clothes to over four lakh employees of State government in a bid to revive the dying industry in the state.

With this inauguration, a process has been pressed in to service where in all the State government employees would be given coupon to collect free khadi clothes from Khadi and Village Industries outlet.

Speaking at the function organized by Khadi and Village Industries Board, Sonowal said that khadi is an indigenous industry which sustains because of the patronage of the local people. Large scale use of khadi clothes besides lending a new lease of life to the dying khadi industry would promote village industry and lend self-reliance to the people.

He also said that Assam consisting of Barak, Brahmaputra, plains and hills has 26 thousand villages, 24 hundred chars and presents a viable market. Khadi and Village Industries Board can definitely earn more profits if it considers the entire state as its potential market and produces goods to fulfill demands of the consumers. He also said that considering the raw materials available in the state, Khadi and Village Industries Board should venture into producing and marketing new items like honey, jaggery  etc to create new demands.

Sonowal paid his tribute to the second Prime Minister of India Lal Bahadur Shastri on the occasion of his birth anniversary.