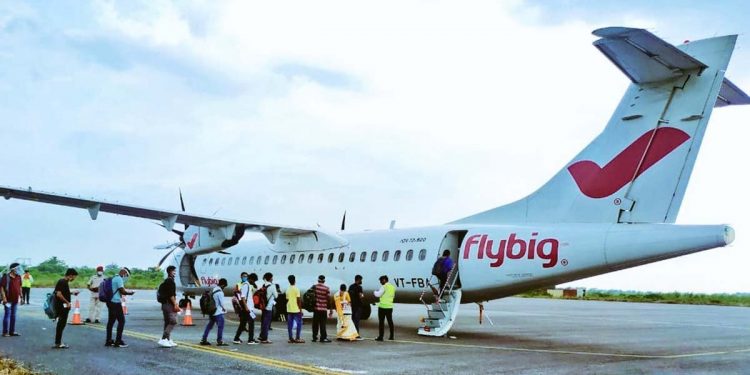 The Rupsi Airport in Lower Assam’s Dhubri district completed 50 days of successful operation since the resumption of the scheduled domestic air travel after a gap of 38 years.

Operations were permitted by the Director General of Civil Aviation (DGCA) starting from May 8, 2021 amid Covid19 restrictions.

According to the airport authorities, around 2,700 passengers travelled through the Rupsi Airport till Sunday since the operation resumed.

The airport has been re-developed under the Regional Connectivity Scheme-UDAN and the Indore-based Flybig Airlines started its commercial flight services between Guwahati-Rupsi-Kolkata route on May 8, 2021.

The flight is scheduled to operate four days in a week on the route on Tuesday, Thursday, Saturday and Sunday.

A trial flight was conducted by Flybig Airlines on the Guwahati-Rupsi-Guwahati route on May 5, 2021 while the regular run of the flight was started on May 8,2021 with extended support from the state government as well as the concerned authorities. 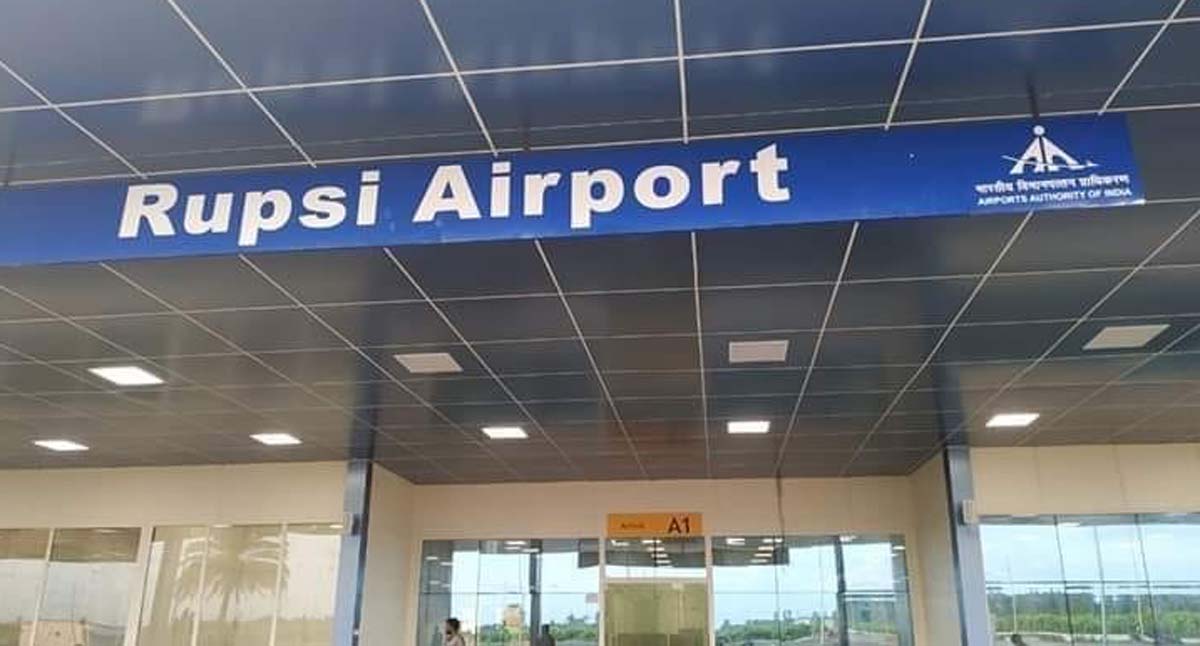 Since the resumption of domestic operations, Rupshi Airport recorded the highest number of passengers at 162 on June 22, 2021, of which 62 were arrivals and 100 were departures.

Also read: Assam: Rupsi Airport in Dhubri all set to be operational from May 8

The airport on its official Twitter handle on June 22 wrote: “Increasing passengers count is motivating us to serve you better.”

Jyotirmoy Boruah, in-charge officer of Rupsi Airport said, “Passenger movements through the airport indicate a positive trend with successive measures to unlock India’s economy. With the relaxation of state regulations, the numbers are expected to further increase in the coming days and months.” 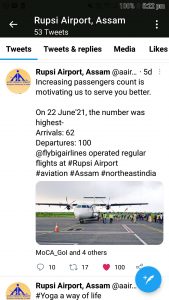 Airport authority sources said Rupsi Airport is getting most of their passengers from Western Assam as well as for the neighboring states of West Bengal and Meghalaya as well.

Airport Authority of India (AAI) has re-developed this world war-II era air strip located in Assam (earlier in Dhubri district and currently under Bodoland Territory Region) at an estimated cost of Rs 69 crore.

The foundation stone of the airport was laid by the then Assam’s chief minister Sarbananda Sonowal in February 2019.

The newly-developed Rupsi Airport, which covers 337 acres of land, has a terminal building measuring 3,500 sq m and is equipped with 10 check-in counters, an AAI source said, adding, the terminal is designed to manage about 200 passengers during peak hours.

The newly-built runway is suitable for landing ATR-72 type aircraft.

It is expected that the operationalisation of Rupsi Airport will help boost the local economy of the Bodoland area and provide better connectivity to air travellers of Dhubri and adjacent districts of Bongaigaon, Kokrajhar, Goalpara as well as districts in the neighboring states of Meghalaya, West Bengal and parts of Bhutan.