Assam: Rupsi Airport in Dhubri all set to be operational from May 8 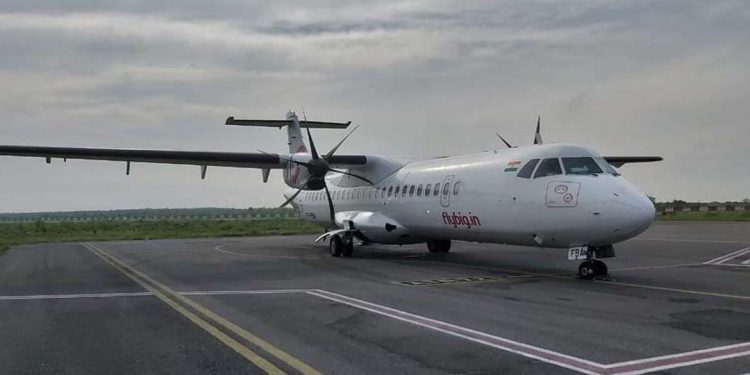 Amidst Covid19 pandemic, here’s good news for the people of lower Assam as the direct flight service between Rupsi Airport to Guwahati and Kolkata is all set to begin on May 8.

As per available information, the newly-launched domestic airlines “FLYBIG” will start its operation in the Northeast region from May 8 and initially, the flight service will connect Rupsi, Guwahati and Kolkata Airports.

And in due course, other destinations of the Northeast will be covered.

On Wednesday, Flybig Airlines conducted a successful trial of its flight at Rupsi Airport.

Kokrajhar Police on its social media wrote: “Cloud is Clear-Long wait is Over; the Airport is going to be operational soon.”

Notably, the civil aviation ministry recently included Rupsi Airport along with 78 routes under Phase I Udan 4.0 Bonanza to North East under Act East Policy with an objective that ‘SAB UDEN SAB JUDEN’.

Rupsi Airport which was built during the World War -II has to restart its operations after a gap of about 38 years.

The revival work of this much-awaited Rupsi Airport of lower Assam was completed a year ago in record period of 14 months and for the extraordinary work, the Airport Authority of India (AAI) Engineers Guild conferred the Rupsi Airport with ‘Sir Visvesvaraya Award’ on Engineering Day celebration for Excellent Services in Engineering during a programme held in New Delhi last year.

Though the airport was originally under the revenue circle of Dhubri district, the area was carved out and became a part of the Bodoland Territorial Region (BTR) a few years ago.

The Bodoland Territorial Council (BTC), which governs the BTR, was handed over around 337 of the 447 acres to the AAI.

And on May, 24 of 2018, the Airports Authority of India (AAI) had begun work on reviving the Rupsi airport by performing the “Bhumi Puja”.

The Airports Authority of India has developed the airport for both civil and defense operations.

As the airport’s location and proximity to Bangladesh, Myanmar and China is an additional advantage for the Indian Air Force (IAF) which has no air base in lower Assam.