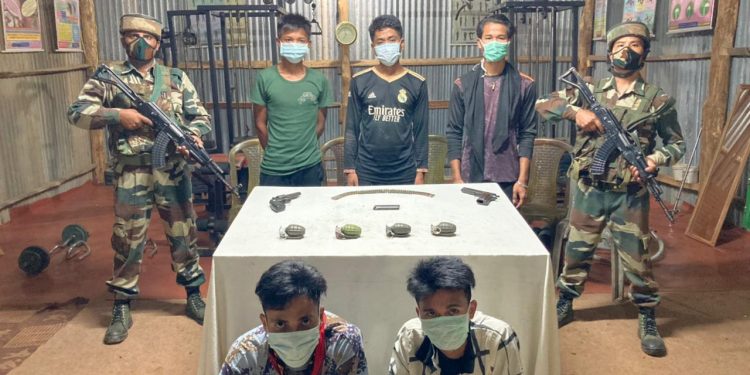 The Lunglei Battalion of 23 Sector Assam Rifles has recovered a huge amount of arms and ammunition from Kakichhua village in Mizoram’s Lawngtlai district.

Assam Rifles and Mizoram police personnel conducted an operation at the Kakichhua village on Friday based on information received.

Also read: Covid19 claims 719 doctors in India including 8 in Assam, 5 in Manipur, 2 in Tripura during second wave: IMA

The arms seized include one 9 MM pistol with magazine, one 9MM revolver, four grenades and 55 rounds of ammunition.

On the other hand, the Keithalmanbi battalion of Assam Rifles seized a large quantity of arms and ammunition from Tmongbung village in Imphal district.

The Assam Rifles personnel seized one AK47, two CMGs, two .32 mm pistol, eight assorted magazines and 36 rounds of explosives during an operation conducted in the village on June 11.