Assam regionalism dead or in ICU on ventilator? 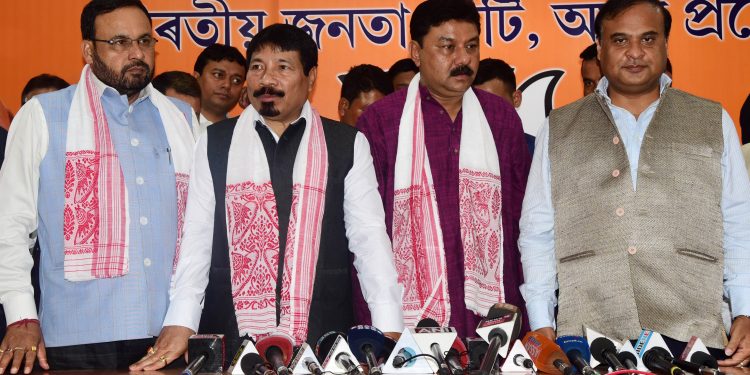 Delving into the history of Assam since independence, a son of the soil may be disappointed on embarking upon the skin-deep roots of regionalism and its failure to make deep inroads into the political, economic and socio-cultural spheres of Assam.

Perhaps during the 6-year long Assam Movement, a feeling might have dawned upon the people of the state that regionalism had come to stay. Fortunately or unfortunately, that illusion soon melts into thin air, leaving behind a vacuum, an absolute nothingness.

The end of the Assam Movement was marked by the birth of the Asom Gana Parishad (AGP) and winning the seat of power in Dispur twice in the garb of regionalism. As history would have it, in the matter of statecraft where emotion and sentiment become the guiding factors laced with total absence of political sagacity, vision, sense of history, imagination or any involvement in regional interest while opportunism and corruption have a free run, it is just natural for any semblance of regionalism to beat a hasty retreat.

That exactly was the scenario that emerged within a few months of the AGP coming to power in Assam. During its second term the AGP government came to be smeared with the indelible tag of ‘secret killings’ and a nightmare of service sans salary for the state government employees among other failures.

The fall of the AGP in the 2001 Assembly polls in Assam was indeed the beginning of its journey to political wilderness. Interestingly, beginning with the present Assam chief minister Sarbananda Sonowal, several present day BJP heavyweights of the state were frontline members of the AGP while the party was in power as well as during the years the party’s image began fading seemingly perpetually in the political map of Assam.

With the Congress winning the race to Dispur for three consecutive terms, the leaders of the AGP in all probability began realising that the political eclipse around them was rapidly turning thicker and blacker. They could also perhaps unmistakably see before them the crumbling of the false edifice of regionalism raised on dubious pillars of opportunism while being totally detached from the aspirations of the local people.

Beginning with Sonowal, the migration from regionalism to the saffron zone began sometime around mid-2013. As the 2014 Parliamentary polls drew closer, many of the AGP leaders naturally began looking helter and skelter for possible avenue for political survival.

By the time Narendra Modi emerged as the BJP’s candidate for Prime Ministership and posed a strong challenge to the Congress, the selfish and opportunistic march from the AGP to the BJP began gaining momentum with increasing acceleration.

Then came the last nail in the AGP’s coffin. As expected, the so called regional party was totally routed in the 2014 Lok Sabha polls. Left with no option to even keep its existence intact, finally as the 2016 Assam Assembly polls approached, the AGP with Atul Bora in the lead jumped into the lap of the BJP to play second fiddle to the big saffron brother in the 2016 polls.

The rest is history. The so called regionalists turned saffronist, holding different names in the same bandwagon dyed saffron from top to bottom. It is no wonder that the party as well as many so called regional leaders born of a movement for deportation of Bangladeshis made a U-turn and voted for CAB in the Parliament to become an Act to ensure settlement of Hindu Bangladeshis with the precious gifts of Indian citizenship and ‘mati & bheti’ in Assam.

A host of so called regional leaders who were off-shoots of the Assam Movement and the Assam Accord and had earlier toured for deportation of Bangladeshi immigrants have now turned friend, protectors and nourishers of Hindu Bangladeshis.

In this backdrop, chief minister Sonowal recently announced that his attachment with regionalism was as strong as ever before. Having laid out a red carpet through the CAA for possibly millions of Hindu Bangladeshis (for obvious reasons the government refuses to disclose the number and may continue to so) to become Indian citizens and settle down in Assam, the statement by Sonowal sounds as absurd as ‘putting the cart before the horse’.

One should not forget that manipulation by the Bengali Babus who accompanied the British administrators to Assam from Kolkata (then Calcutta) led to Bengali becoming the official language of the state till Baptist missionaries from America led by Nathan Brown succeeded in persuading the British to restore Assamese language to its original glory.

So far as Sonowal’s statement is concerned, he may be told that of the seven CMs of the north-eastern states five had by way of Assembly resolutions or otherwise vehemently opposed the CAB (now CAA) before the Centre and have succeeded in keeping their respective states out of the ambit of the CAA.

Two other CMs who apparently only took dictations from the Centre were the CMs of Assam and Tripura. Manipur CM N Biren Singh has proved through deeds (not words) that despite belonging to the saffron party, his attachment to regionalism as a proud son of the soil of the state is second to none.

Can Sonowal claim the same status as Biren Singh? One can only pity the predicament of Sonowal. Caught in a Catch 22 Situation, he had no option other than stepping into the realm of absurdity and ludicrousness in his damage control strategy with a view to regaining the trust of the people.

The plight of many of the AGP heavyweights is not different in any way. Having voted 100 % in favour of the CAB to become CAA, these leaders have the audacity to go to such ridiculous extent as to legally challenge the CAA. These leaders may be told that the people are not such great blockheads and fools for this duping game to succeed.

At the end of the day, regionalism is now either a corpse or at best in the ICU on ventilator. Founder of Asom Jatiyabadi Dal Nessar Ahmed may possibly be turning in his grave.