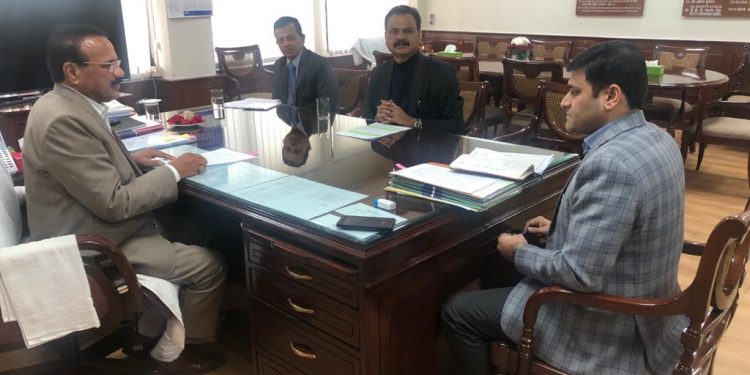 Minister Patowary expressed the concern of Assam Government in the inordinate delay of the implementation of 12.7 Lakh Metric Tonnes (LMT) per annum expansion project of Brahmaputra Valley Fertilizer Corporation Ltd (BVFCL) at Namrup in Dibrugarh District.

Patowary apprised the union minister that the proposed Ammonia-Urea Production Complex (Unit IV) was approved at an estimated cost of Rs 7,200 crores.

It was initially planned to establish a fourth unit at Namrup as a Brown Field Ammonia– Urea plant, with a capacity of 8.64 LMT per annum at a project cost of Rs 4,500 crores.

Patowary also highlighted to the union minister of chemicals and fertilizers that while construction and commissioning of the Unit IV of BVFCL may take at least four to five years time, as an interim arrangement to ensure that the presently functional Units II and III of BVFCL are kept running with a certain level of efficiency, a minimum of Rs 100 crores has to be sanctioned immediately by the Department of Fertilizers (DoF), Government of India.

Unless this fund is made available urgently, the Units II and III cannot function efficiently at the installed capacity of 5.1 LMT of urea per annum.

Gowda responded positively and assured Patowary that he would call a meeting in February of all the stakeholders including the oil and natural gas companies to expedite the construction of Unit IV of BVFCL at the earliest.

It may be mentioned that the expansion plan of BVFCL was approved by the Government of India at the Cabinet Meeting dated May 21, 2015 but was languishing for want of a concerted push.

The oldest Unit I which was commissioned in 1969 has already been closed down years ago due of end of plant life and obsolete technology.

Natural gas for the newly-to-be established Unit IV would be readily available as the currently under-performing Units II and III may be closed down after commissioning of the new Unit IV.