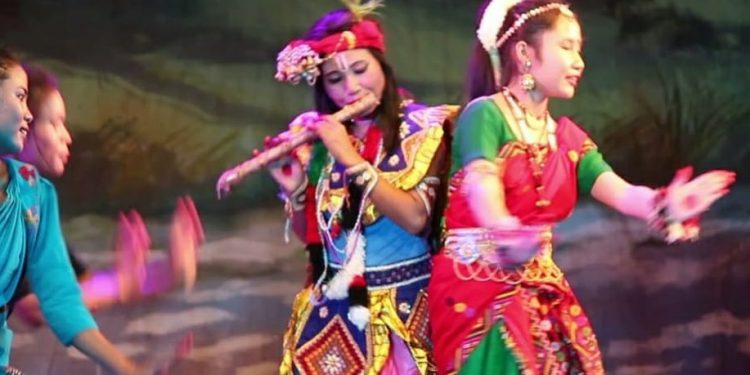 The annual festival of Sri Sri Krishna Raas Leela would be performed in ethnic Mising language in Lakhimpur’s Dhakuwakhona of Assam.

The event returns in Maatmora after a long gap of 24 years as the area was always devastated by annual flood.

For that the organizers and the local villagers have been rehearsing till late in the night for last several weeks creating an atmosphere of festivity and religious fervour.

Raas Leela is the depiction in performing arts of the life and divine acts of Lord Krishna.

It is an annual festival performed on the full moon day (Purnima) in the month of November (Assamese months of Kati and Aghun) during the autumn season.

Meanwhile, the entire Lakhimpur district is preparing for the annual Raas Leela organized at various places.

More than hundred Rass Leelas have been organized this time in the district in which preparations and rehearsals are on in full swing.