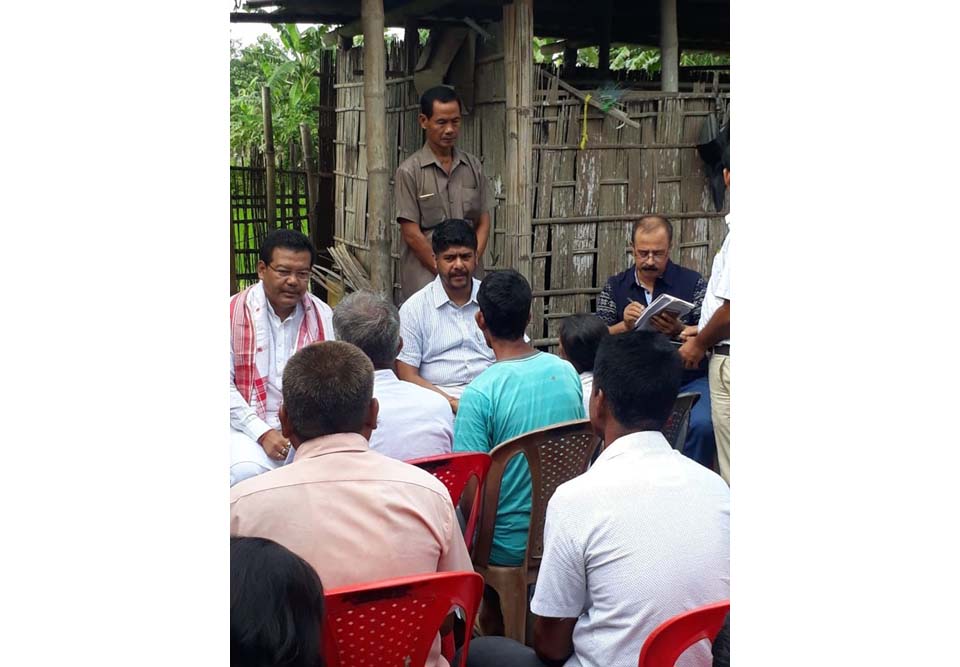 Minister Doley  in a bid to boost the morale of his fellow departmental staff engaged in the survey and accelerate the progress of the PMAY-G construction, spent the Saturday night in a newly constructed house under PMAY-G. The house is owned by BPL beneficiary Munindra Das at village No-1 Chengapara in Sipajhar Development Block of Darrang district .

The purpose of this initiative is to assess the ground reality of the PMAY-G scheme, the quality of work of the PMAY-G houses and also to know whether other government facilities including a free LPG connection under PM Ujjala  has reached a PMAY-G beneficiary.

Earlier on Saturday afternoon he took the stock of the incomplete PMAY-G houses construction of the village.

He also interacted with the villagers on their needs and grievances in presence of  higher officials of the P&RD Department including  Project Director, DRDA, Darrang, Pankaj Chakravarty  and Circle Officer, Pathorighat Revenue Circle Sangeeta Borthakur .

The Chief Executive Officer , Darrang Zila Parishad , Adhar Bhuya spent last night in the PMAY-G house of one Fatema Khatun of village Jamalpur  of Baruajhar GP under Besimari Development Block of the district .