Assam: Post accident, traffic to be streamlined; no waiting at Bogibeel 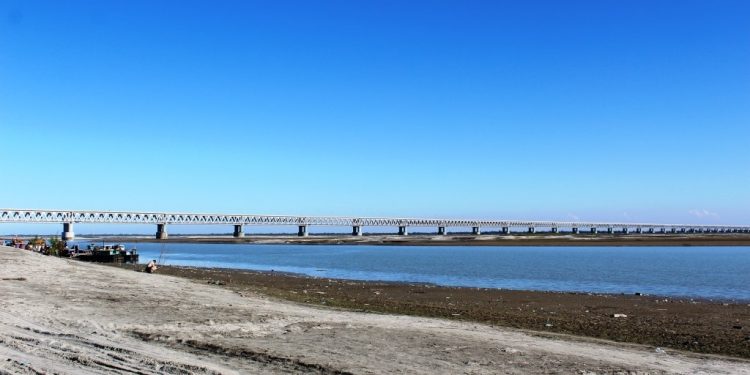 The Dibrugarh district administration issued a directive to the Dibrugarh Superintendent of police to make arrangements for streamlining of traffic at Bogibeel bridge.

On Saturday, the Dibrugarh district administration requested the police to immediately deploy security personnel in the area for traffic management at the bridge.

After the inauguration of the Bogibeel bridge by Prime Minister Narendra Modi on December 25, huge traffic flow has been witnessed from both sides at the bridge.

On the other hand, Dhemaji district administration on Sunday issued an order for passengers who are crossing the bridge. No Vehicle will be allowed to stop for more than three minutes over the bridge on both sides. Violating the rule will be penalized accordingly. Police and security forces will be deployed over the bridge to monitor the passengers.

A seven-year-old boy was killed and another minor was injured in two separate accidents on the recently opened Bogibeel bridge and its approach road in Dibrugarh district.

Railway minister Piyush Goyal on Saturday visited Guwahati and asserted that the Bogibeel bridge will not be named after any person. It will remain as ‘Bogibeel bridge’.

Eastern Assam chambers of commerce and industry hailed the decision of railway minister Piyush Goyal for not naming the bridge after any person. Bhudev Phukan, president of EACCI said they welcome the decision of Union minister of Railway. “Earlier we have told in our meeting that Bogibeel bridge should be named as Bogibeel bridge because the place itself is a historical place. We are very much happy to see the bridge commissioning,”.

Bogibeel bridge, the fifth bridge over the Brahmaputra, links Dhemaji and Dibrugarh districts of upper Assam.