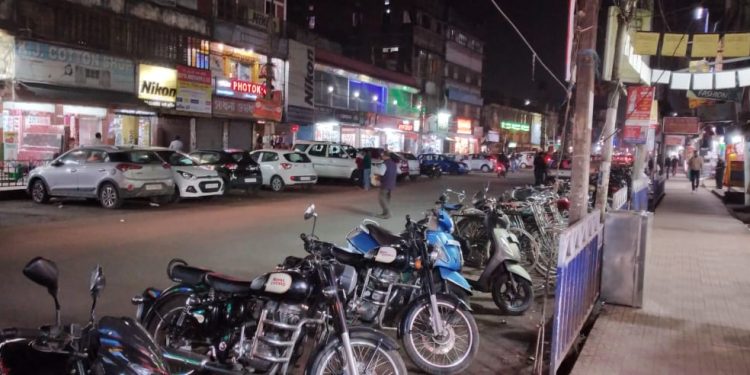 A move by the police to decongest the main thoroughfares of Jorhat town in eastern Assam may have paid dividends in smooth flow of traffic but has resulted in falling sales for the shopkeepers at Garali, the commercial hub of the town.

The move was initiated on February 14 by making Garali one way from 5 pm to 9 pm with vehicles allowed entry from the Normal/ Bata Chariali and exiting from the KB Road turning point.

The Garali Business Association has given a representation to the superintendent of police on Wednesday last but to no avail.

One shopkeeper said the move may have been successful in easing the traffic jam, undoubtedly a burning problem in Jorhat town area, but no one is now bothered to do a round of almost two kilometers from places located to the north and south of Garali.

The detour from KB Road would take one through the AT Road via the road in front of JB College and vice versa from five pm.

Owner of one of the oldest bakeries on the road after being left with full trays of biscuits on Saturday,  a day on which there is usually a complete sellout said he had decreased production by 10 per cent.

Several of the smaller stores have begun downing their shutters by 6 or 7 pm, reminiscent of the eighties when the ULFA had unleashed a reign of terror and everything closed by 7 pm.

The bustling commercial hub of Jorhat nowadays wears a deserted look after 5 pm.

“People usually came here to shop after office hours or after returning home from office and then returning to shop and snack accompanied by their spouse or children. Sales peaked during that time but now the street and shops are empty of customers,” Harpreet Singh, president of the Garali Business Association, said.

“The SP has said that he will wait for a few days before taking a decision to reverse the order,” Singh further said.

With no headway in the  proposed Rs 10.5 crore multi storey parking lot for which Rs 2.4 crore has already been pumped into the now swamp site, the police had probably no other option but taking recourse to making the road one way.

The multi storied parking complex for 200 cars had been launched by the Jorhat Municipal Board in 2012 after evacuating shops from the old public bus stand but after the base was constructed and iron rods for pillars put in work completely stopped for various reasons.

With no proper parking place under any mall or shopping complex , the roads got narrowed with parked and double parked vehicles, not to mention autos and tempos stopping and picking up and dropping passengers at any and every place.

The detour means no more traffic jams but at the tremendous cost to trade and commerce.