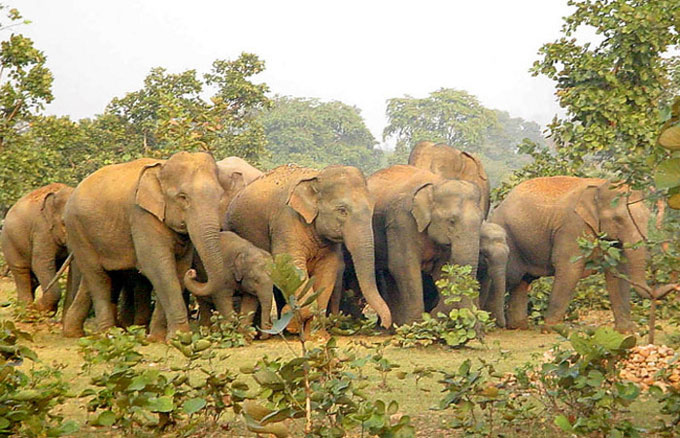 Different organizations including Tezpur AASU have submitted representations to concerned agencies including the District administration to oppose Nezone Foods, plan to construct a food park in Na-Ali area near NH 15.

The outskirts of district headquarter Tezpur, areas like Depota, Na Ali, Muamari, Bindukuri, Ghramarai, Misamari, Balipara etc. areas touch the NH 15 connecting the southern part till Singri and Orang National Park on the bank of Brahmaputra have been used by wild elephants as their safe corridors for years.

But unfortunately the owner of an industry popular here ‘Nezone Foods’ is going to bring up a new ’Food Park’ in Na-Ali area blocking the above mentioned areas.

This is likely to create a difficult situation for the wild elephants coming out to the area compounding the severe man-elephant conflict.

It may be mentioned that due to the blocking of wild elephant corridors in the district in the name of industrialization by certain companies like Patanjali, Dabur, Daehesan Company limited etc. in Balipara and other areas the wild elephants’ herd have lost their grazing places.

This creates a mayhem among the villagers and exacerbates the man-elephant conflict due to which lives have been lost.

Trying to draw attention to this issue, the Tezpur AASU unit has alleged that the above cited industrialist in nexus with some local unscrupulous people have been active in occupying the wild elephant corridor  in the Bihaguri-Na Ali area for their commercial benefit.

In a representation submitted a couple of days back to the DC, Sonitpur,  the AASU unit also alleged that class of these lands have been changed and being purchased illegally by some dishonest people in nexus with the officials of circle offices in the district and started construction work leading to more chaotic situation than earlier.

It is also alleged that despite repeated urges to the administration to keep the area obstacle-free,  violating all sort of norms the roadside agricultural lands on NH-15 have been earth-filled within the night for the construction work till Thelamara area in Sonitpur District.

Currently such lands are purchased by some industrialists changing it’s class for their commercial benefit.

For this the wild elephant’s have to use risk-zones like railway tracks searching for fodder and shelter following which already a number of jumbos have been killed in the district.

Opposing all these anti-wild elephant activities AASU, Tezpur Unit and other organizations have urged concerned agencies to intervene in the purchase and selling of land areas in the elephant corridors and any construction work in the area.