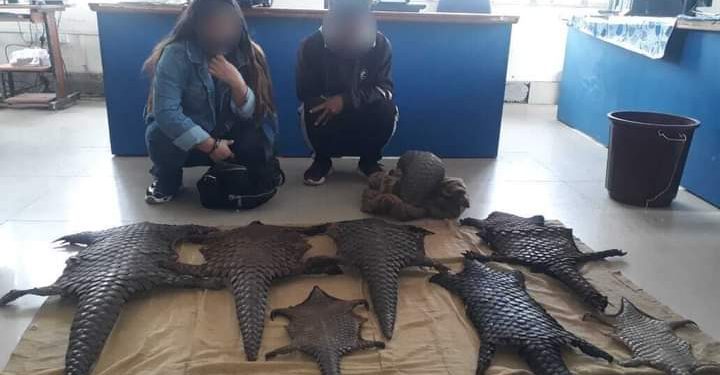 A team of Wildlife Crime Control Bureau (WCCB) with the help of police and forest department officials on Thursday seized one pangolin and seven pangolin scales in upper Assam’s Tinsukia district.

Two persons including a woman were arrested in connection with the seizure. Both of them were handed over to Tinsukia police.

“Acting on specific information, a team of WCCB along with Tinsukia police and forest department conducted a raid at Rajbonshi hotel in Tinsukia and seized the scales of pangolin and one pangolin from a room of the hotel. Two persons were arrested in this connection,” said a police official.

According to police, a girl and a boy were arrested and they are from Longding district of Arunachal Pradesh.

“We are interrogating both of them but till now it is not clear from where they have brought the scale and the live pangolin. It is sure that the skins were smuggled,” the official said.

Pangolins — banned under the wildlife act — are among the most trafficked mammal and their meat and scales have a large market in South Asian countries.