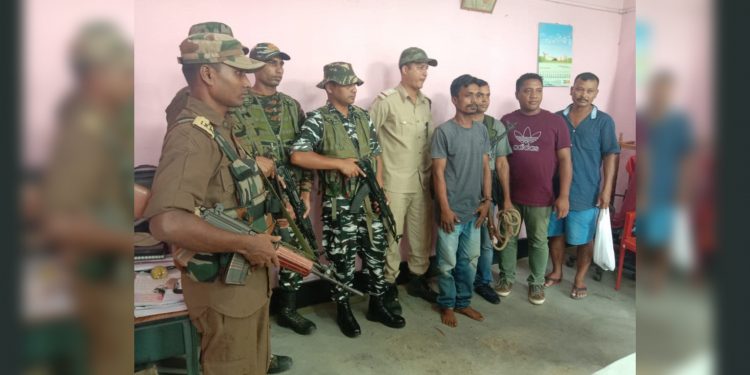 One cadre of Dimasa National Liberation Army (DNLA) was apprehended from near Diphu post office under Diphu police station on Friday.

The cadre has been identified as Surajit Das and is resident of Sikaripathar.

A .22 pistol along with four rounds of live ammunition, a magazine, mobile handset, and auto-rickshaw registration no. AS09 AC 8034 was also recovered from him.

In another operation on Thursday, two United People’s Liberation Army (UPLA) cadres were apprehended by the security forces at Uttar Borbil under Howraghat police station.

No weapons were recovered from them.