Assam: Offices under NCHAC to start functioning as per state guidelines 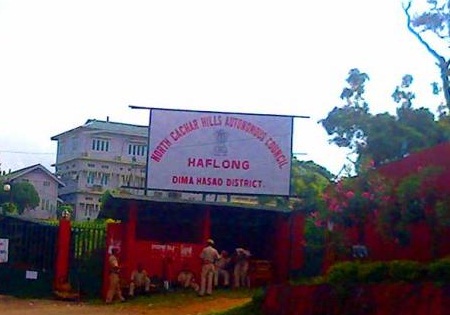 In accordance to Assam government’s decision regarding offices of State Government, autonomous bodies, local governments are to carry out day to day government transaction based on strict compliance of the existing guidelines on lockdown measures.

The authority of North Cachar Hills Autonomous Council also opined for functioning of all offices under Council Normal Sector and other offices under the administrative control of NCHAC in Dima Hasao district from Tuesday.

To that affect, a roster of duty by the respective head of the departments shall be prepared by which the employee are to attend offices on respective allotted dates till May 3 next.

Further, it is to be noted that wearing of face mask is made compulsory for all in public and work places.

There is also a strict prohibition on spiting in public places and also ban on selling of liquor, gutka, tobacco etc.

Meanwhile, amid the extended lockdown across the country, the Assam Police has laid down some strict rules for the citizens.

There is an enforcement of restriction on pillion riding on two-wheelers and in case of four-wheelers, only driver and one (on the back seat) in private cars are allowed.

While the Health department continuously is activated to fight COVID-19, 803 number of people have been home quarantined as a precautionary step.