NLFB chief Batha and his associates laid down arms in the presence of Assam water resources minister Pijush Hazarika, BTC CEM Pramod Boro and others 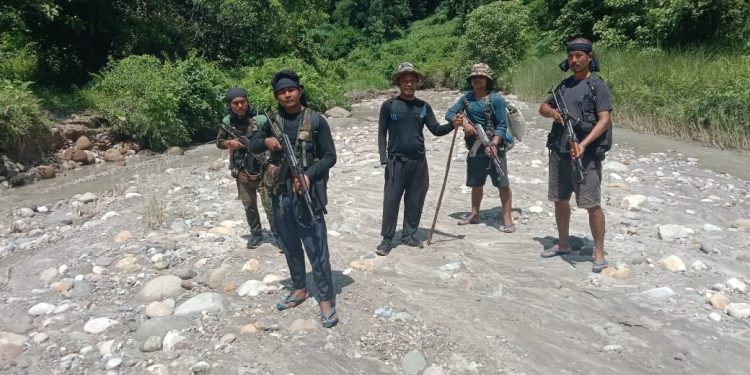 The surrendered militants were welcomed with gamosas by minister Pijush Hazarika.

“They have made their homecoming today. M Batha alias Bindo Mushahary, top leader B Bidai and B Birkhang besides 20 other rebels have returned to the mainstream. The remaining cadres of the outfit will also join them soon,” BTC CEM Pramod Boro said.

Batha, known as one of the dreaded rebel leaders, floated NLFB one year after the National Democratic Front of Bodoland (NDFB) was disbanded after the signing of the third Bodo peace accord in January 2020.

He initially surrendered following the peace accord but later returned to the jungle and floated the outfit in March this year.

The National Investigation Agency (NIA) has recently declared Batha as most wanted and announced a bounty of Rs 10 lakh on him.