The Baghjan blaze resulted in massive loss of biodiversity in the affected Dibru-Saikhowa landscape. 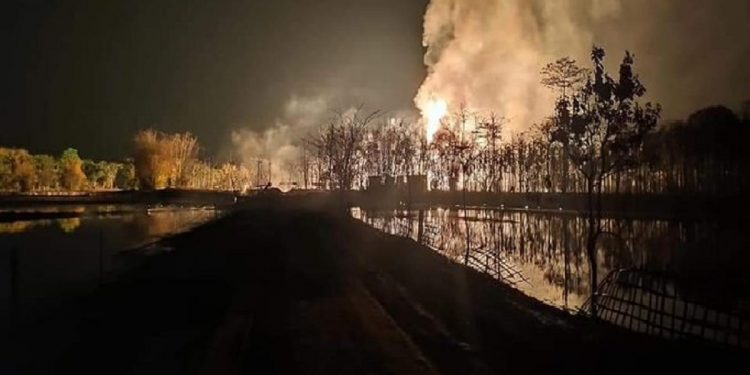 Lok Sabha MP from Assam – Dilip Saikia has urged the Parliamentary Standing Committee on Petroleum and Natural Gas to immediately implement the recommendations mentioned in the MK Yadav report.

“I request you to kindly instruct the concerned authority to implement MK Yadav report with immediate effect,” MP Dilip Saikia said in his letter to the Parliamentary Standing Committee on Petroleum and Natural Gas.

He added: “Wildlife Division officials noted that because of rain immediately following the leak, local waterbodies had been contaminated by condensate from the leak.”

Saikia said that the BGMYS has demanded that the Baghjan village be declared a model village and setting up of an ITI in the village.

A blowout, explosion and fire lasting more than five months, from May 27 to November 15, 2020, in the Baghjan oil fields in Assam’s Tinsukia district resulted in loss of an estimated 55 per cent of the biodiversity in the affected Dibru-Saikhowa landscape.

As many as 1,632 hectares of wetland, 523 ha of grassland, 172 ha of area covering rivers and streams, and 213 ha of forest were damaged to varying degrees.