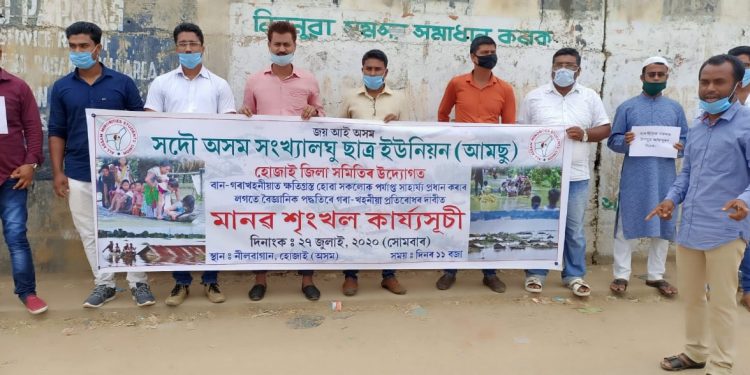 The chain was formed at Nilbagan under Hojai district on Monday.

Holding placards the members shouted slogans denouncing both the central government and the Sarbananda Sonowal led government in the State.

The protest continued for half an hour.

After this, the AAMSU Hojai District Commiittee forwarded a memorandum through the deputy commissioner Dr Sadnek Singh to chief minister Sarbananda Sonowal.

In the memorandum, AAMSU has asked the Government to find out a permament solution for the flood and erosion conducting proper scientific research inducting university, IIT professors and students.

They also demanded to provide health facilities and animal food, and adequate compensation to the victims along with their rehabilitation.

They also asked the Centre to declare flood as national problem.