Himanta Biswa Sarma made this announcement while presenting the Assam budget 2021 on Friday. 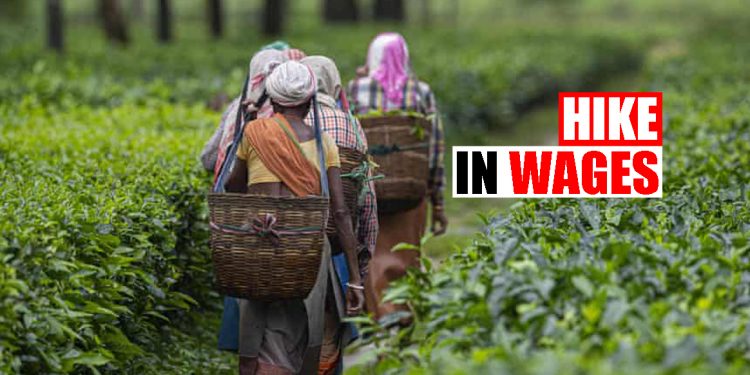 The minimum wage of tea garden workers of Assam will be increased soon.

This was informed by Assam Finance Minister Himanta Biswa Sarma.

Assam Finance Minister Himanta Biswa Sarma said that the State Government will issue an ordinance on the daily wages of the tea garden workers of Assam by February 20 after consulting with the stakeholders.

Himanta Biswa Sarma made this announcement while presenting the Assam budget 2021 on Friday.

“The Assam Government will sit for consultations with all stakeholders and then issue an ordinance on the daily wages of the tea garden workers of the State by February 20,” Himanta Biswa Sarma said this in the Assam Legislative Assembly while presenting the budget.

This announcement by the Assam Finance Minister holds immense significance, specially keeping in mind the upcoming Assembly Elections in the State.

Notably, representatives of the different tea workers’ unions have been demanding the State Government to increase the daily wage of the workers up to Rs 351.33.

Earlier on Tuesday, the Assam Chah Mazdoor Sangha (ACMS) had demanded an increase in the minimum wage of tea garden workers.

The ACMS said that the workers of small tea gardens in the state are suffering due to non-fixation of their wages.

Meanwhile, presenting the Assam Budget 2021, State Finance Minister Himanta Biswa Sarma claimed that the State Government has always laid stress on increasing the number of welfare schemes for tea tribes and Adivasi community in the State.

“Our Government, under the ‘Simon Sing Horo Scholarship Scheme’ has offered Rs.10,000 as a one-time support to all students from these communities who had passed HSLC and HSSLC examinations,” said Himanta Biswa Sarma.

“To address the challenges and risks faced by our women in the tea tribes community during pregnancy and post-natal period and to ensure access to adequate ante natal and peri-natal care, our Government has introduced a one-time payment of Rs.12,000 to each pregnant woman in the garden areas so that she can better take care of herself without compromising her livelihood,” Sarma added.

Also read: Alcohol, petrol and diesel to be cheaper in Assam

“Through this direct route of reaching the beneficiaries, and with the support of banks, we have released Rs.382.41 crore in phase 1 and phase 2 to all eligible tea tribe community members, in two installments of Rs.2500 each,” Himanta Biswa Sarma further said.

“Furthermore, Rs.231.14 crore have been transferred in a third tranche of Rs.3000 each,” Himanta Biswa Sarma said in his budget speech.