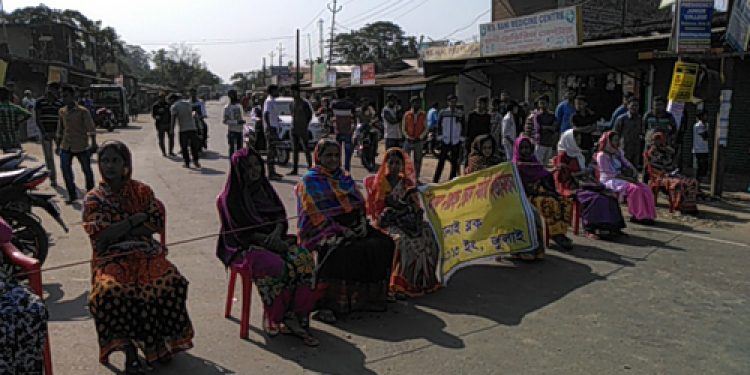 On a day when trade union workers brought normal life to a grinding halt in Silchar, seven kilometres away at Sonabarighat under Sonai constituency of Cachar district, mid-day meal workers, went a step farther.

Womenfolk who serve as mid day meal workers placed a long line of plastic chairs on the road and sat upon it blocking national highway that connects Silchar with Aizawl and even blocking two key constituencies of Sonai and Dholai of Assam.

These mid-day meal workers demanded that the state government withdraw plans of handing over this service to various NGOs and would walk out of paying them for the same.

Not only that, these workers demanded their pay structure be raised from a meagre, Rs 1000 to Rs 5000 by the present government.

The agitating mid-day meal workers were later in the afternoon detained by the police authorities and this important road was cleared that connects landlocked Mizoram with the rest of the country.