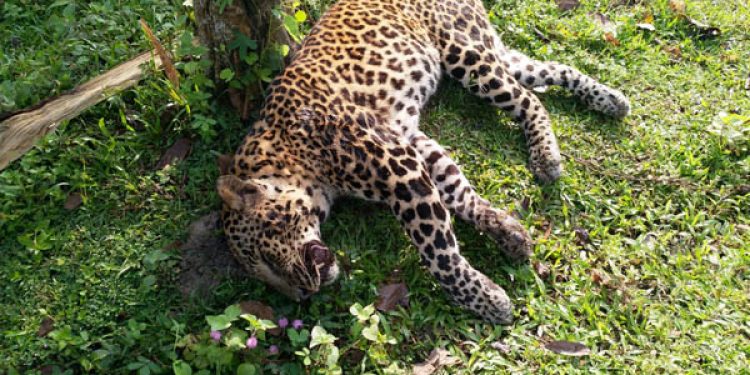 A leopard was killed after being hit by a speeding vehicle on NH 37 near an important part of the Kaziranga National Park on Tuesday.

The carcass of the leopard was found in a pool of blood in the Panbari animal corridor of the Kaziranga National Park & Tiger Reserve.

The officials took the carcass for post-mortem afterwards to determine the cause of death of the big cat.

This is not the first time such an incident happened on the NH 37 stretch near the Panbari animal corridor. Another leopard was also killed previously on the same stretch.