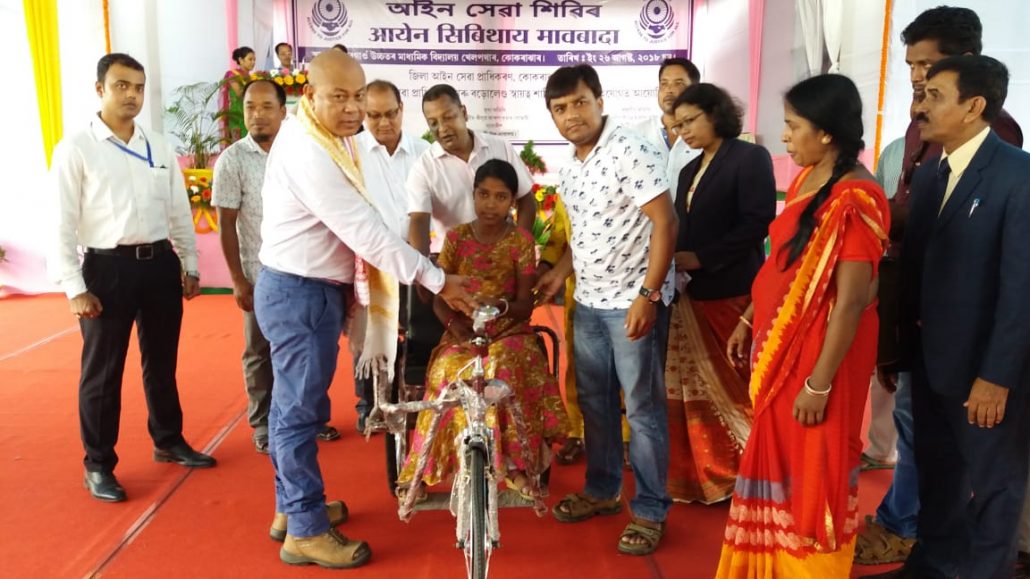 A one-day Legal Services Camp was held on Sunday at Debargaon Higher Secondary School playground in Kokrajhar of Assam.

The camp aimed to make people aware about their entitlements under various enactments and welfare schemes which are provided by various government departments.

At the programme, as many as 17 government departments like Education, Agriculture, Food and Civil Supply and Consumer Affairs, Health and Family Welfare, Public Health Engineering, DRDA, Social Welfare, Labour, Diary Development, Industry and Commerce, Veterinary, Handloom and Textiles, Urban Development and Kokrajhar District Police presented their various welfare schemes and put up exhibition stalls for the public to visit and get their doubts clarified.

The departments also distributed financial grants-in-aid and materials to the beneficiaries under their various ongoing schemes through the dignitaries.

“All are equal before the law. Therefore, no individual or group of people should be privileged or discriminated by the Government,” stated Hagrama Mohilary while addressing the gathering.

He said that each and every scheme adopted by the BTC was being implemented for the benefit of all the people of BTC.

He asked the judiciary authority to organize such programmes at other three districts of BTC also to make all the people aware about law and their rights on the government programmes.

Saythana Sharma, member secretary emphasized that the ultimate aim of these camps is not only to make people aware of their rights but also to empower them to exercise those rights and facilitate them in accessing those rights and benefits.